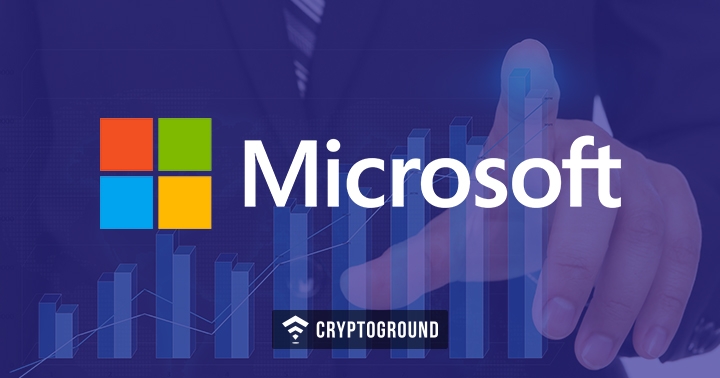 One of the biggest names when it comes to the world of software technology, Microsoft has been no stranger to innovations in technology over the years. The company is taking blockchain tech quite seriously, and has been coming out with a number of patents and experiments from time to time. The company has now come up with two new patents which explore the possibility of teaming up Trusted Computing technology with blockchain networks.

The aim of these patents filed by Microsoft is to make use of Trusted Environment Executions (TEEs) to infuse a higher level of security in blockchain networks. Moreover, the two patents also prove that TEEs can be used for the purposes of enhancing the way verification works.

Microsoft’s first patent is titled Establishment of Consortium Blockchain Network. It talks about how the use of trusted computing systems can help secure consortium blockchain networks.

Basically, what the patent deals with is the fact that a Trusted Environment Execution could be used to store not just a very specific protocol or a list of the members, but a number of other agreeable aspects as well. TEE attestations could also be made use of to verify new participants who join the system. This first patent from the company reads:

“In one example of the technology, a first node is endorsed. During endorsement of a first node, a pre-determined type of blockchain or other security protocol code to be authorized and a pre-determined membership list may be stored in a trusted execution environment (TEE) of the first node.”

Basically, this second patent filed by the company takes things one step forward. Some encrypted transactions on the network can directly be assessed and processed without any need for going through the decryption process. This not only makes the process smoother, but faster as well. The patent filing states:

Microsoft has been tapping into the blockchain and cryptocurrency markets for quite some time now. Their latest effort has been helping develop the Bakkt Platform alongside Starbucks and Intercontinental Exchange, the parent firm of the NYSE. There was a lot of speculation about Intercontinental Exchange coming up with its cryptocurrency platform for quite some time. However, it has now been officially announced as ‘Bakkt’.

Interestingly, when it comes to Microsoft, the company has been working towards blockchain-led innovations, but most of them have been confined to their Azure division. Last week, Microsoft released Ethereum Proof-of-Authority on Azure platform. Back in May, Microsoft had launched Azure Blockchain Workbench - a powerful tool for those working towards blockchain development over Azure.

Coinbase to Hand Over Details of 13,000 Users to The IRS

Everything You Want To Know About Stablecoins: Pros, Cons, Best Stable...