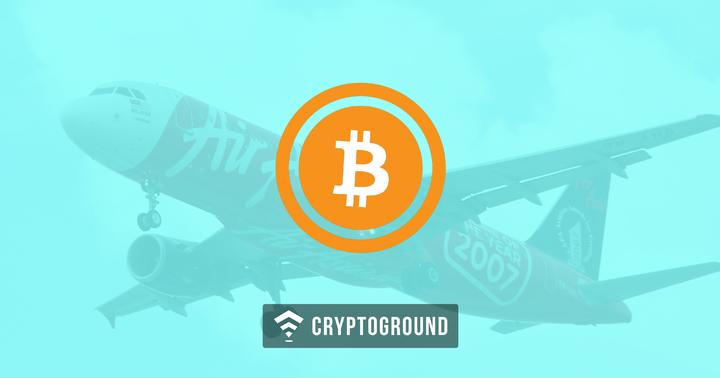 Air Asia is among some of the most popular airlines in South-East Asia. It is a low-cost carrier which is very popular in the region. Air Asia is now considering starting off with an ICO of their own! With this ICO, Air Asia aims at serving two major goals - helping finance their expansion into the financial services industry, as well as introducing cryptocurrency rewards in their ‘big loyalty’ rewards program.

The $3 Billion airline is listed for public trading in Malaysia. Tony Fernandes, the CEO of Air Asia said in a statement to TechCrunch that he is considering the possibility of an ICO that would help the airlines raise money by introducing their own cryptocurrency. Fernandes, who has the reputation of being quite a risk-taker commented:

“We have a product that can be a currency in Big Loyalty, [and] we’re building a payment platform so the two can marry quite nicely. We have an ecosystem that enables you to use that currency, there’s no point having a currency that can’t be used,” he said. “The world is changing so fast but I think we have the ability to innovate and think quickly on these things but the ideas are based on our data and based on our ecosystem.”

Air Asia is the pioneer of low-cost airlines in South East Asia. It has over 65 Million registered users. The Air Asia CEO also owns the English Football Club QPR. At one point of time he also owned an F1 Team! A man who has been known to be quite a risk taker and a serial investor, Fernandes has now set his eyes on cryptocurrencies and ICOs as a fundraising model.

Given that ICOs have been among one of the most successful means of raising funds over the past couple of years, it is not an absurd idea. 2017 saw close to 900 ICOs take place, generating $6 Billion in revenue. The most recent example of an ICO making big money was the Telegram ICO, which generated $850 Million. While ICOs are something most startups rely on, if Air Asia decides to start off one of their own, it would become the biggest and the most well-established name so far to come up with an ICO fundraiser.

“I like [the idea of an ICO] because it just takes cost out of my system. So I’m driven, not by trying to take over the world, but in the first instance, everyone buys in my ICO and I take out a lot of exchange risk, I take out a lot of settlement risk, etc etc. So there are many ways of how we are looking at it,”

Air Asia is also working on setting up their financial services - a business of offering loans and insurance services to their users and Fernandes expects that the funds that flow in with the ICO will help the company move in this direction.

Moreover, the use of blockchain technology in loyalty programs too is not unheard of. Singapore Airlines, another popular South-East Asian airlines has been working on developing a blockchain based loyalty rewards program in the recent past. Air Asia is eyeing at 100 Million registered users in the near future and these innovative new technologies are expected to help them create a major buzz in the markets!