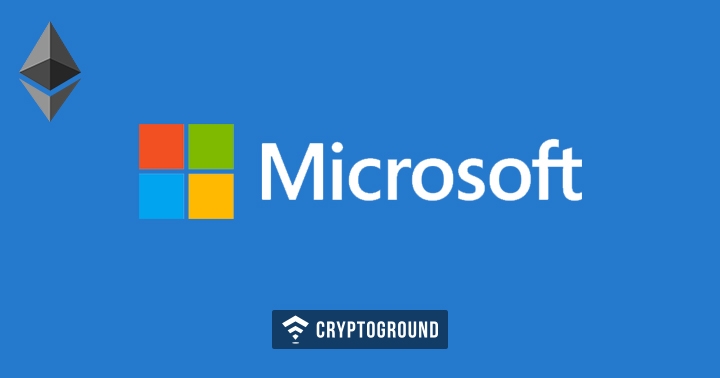 An American multinational technology giant Microsoft has introduced the Ethereum Proof-of-Authority on Azure. The company says that an alternative protocol, Proof-of-Authority, is more suitable for permissioned networks where all consensus participants are known and reputable. Without the need for mining, Proof-of-Authority is more efficient while still retaining Byzantine fault tolerance, it adds.

In Proof-of-Authority, each consensus node on the network has its own Ethereum identity. In the case that a node goes down, it’s important that the member doesn’t lose consensus participation. Ideally, each member would run redundant consensus nodes to ensure a highly available network presence. To accomplish this, Microsoft has built an abstraction which allows each consensus participant to delegate multiple nodes to run on their behalf. Each Azure Proof-of-Authority network comes with its identity leasing system that ensures that no two nodes carry the same identity. In the case of a Virtual Machine (VM) or regional outage, new nodes can quickly spin up and resume the previous nodes’ identities.

The company has also enabled Parity’s web-assembly support, allowing developers to author smart contracts in familiar languages such as C, C++, and Rust. This solution also comes with Azure Monitor to track node and network statistics. For application developers, this provides visibility into the underlying blockchain to track block generation statistics. Network operators can use Azure Monitor to quickly detect and prevent network outages through infrastructure statistics and queryable logs.

The Proof-of-Authority deployment comes with a Governance DApp to simplify voting and validator delegation. With this solution, each consortium member has custody over his or her own keys, allowing secure signing to be performed in the wallet of preference, for example, MetaMask in-browser wallet, Ledger hardware wallet, or Azure Key Vault with ECC (Elliptic Curve Cryptography) signing.

Earlier in May, Microsoft launched Azure Blockchain Workbench tool to speed up the development process for blockchain from months to days. Microsoft is also a part of an association for the digital asset platform 'Bakkt' that is being developed by InterContinental Exchange (ICE), along with Starbucks and BCG.