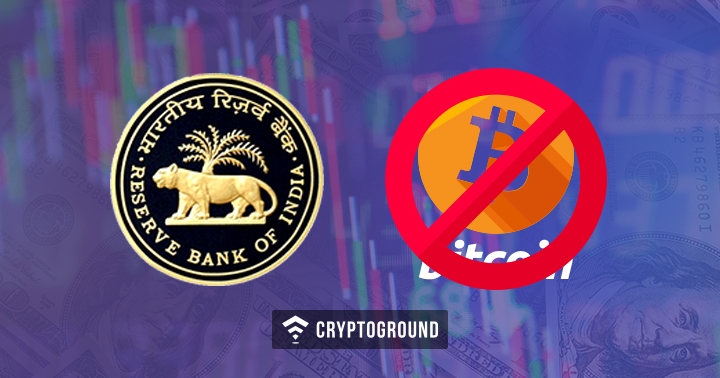 The Reserve Bank of India issued a circular in early April which prohibited financial institutions from providing banking services to those individuals and organizations dealing in cryptocurrencies. However, there was no such restriction on cash-for-crypto payments between traders. Indian news publication Business Today reports that this has given rise to the practice of ‘Dabba Trading’ where money is not transferred via official channels of payments, but via a ‘Hawala Network’ (a network of cash transfer where large sums of money are involved, usually undeclared income) where cash payments are sent to overseas accounts.

Most of these overseas accounts are based in Dubai, the UK or other European nations. In this ‘Dabba Trading’ system was popular for trading in stocks in the past. However, following the RBI ban - a number of cryptocurrency transactions are also happening on this cash-fuelled network. The publication reports that a number of these traders are based out of Ahmedabad, Surat and Rajkot - three cities from the state of Gujarat, as well as from other cities such as Kolkata and Mumbai.

Such traders are based out of Ahmedabad, Surat, Rajkot, Kolkata and Mumbai. They work as a bridge between a customer and foreign trading company. The broker accepts money in cash, buys bitcoins using an overseas trading account and sells them when the bet placed in India is settled. The difference is paid in cash to the customer.

Most of these deals are usually made over the Telegram application which provides end-to-end encryption and is a secure means of communication for talks involving large amounts of cash payments. The money is sent to these overseas accounts following which Bitcoins are bought and sold - and the profit is then paid to the investor, usually in the form of cash payments. Most of these deals are settled rather quickly - maximum within a week.

The use of Dabba Trading and Hawala channels for the purpose of making such payments is not new in the country. Hawala operators have been around for several decades in the country. Mumbai’s Dalal Street, which is India’s wall-street equivalent - is no stranger to the concept of Dabba Trading as transactions worth hundreds of thousands of Indian Rupees are often made using these methods.

The government has been going strict on such methods in the recent past - particularly following the demonetization drive where the one thousand rupee note was officially demonetized in the country. However, almost two years since the event - the Hawala and Dabba systems are flourishing once again, this time due to the crypto-ban. It is also worth noting that in an earlier story back in April, we had predicted that a situation like this is likely to arise in India.

While the Dabba Trading and Hawala Channels are grey areas and often illegal, there are legal alternatives too. Following the RBI circular, a number of cryptocurrency exchanges began to introduce options such as crypto-to-crypto trading, where people could buy cryptocurrencies using other cryptocurrencies (usually a base currency such as Bitcoin or Ethereum).

Peer-to-Peer trading, where people could transfer cryptocurrencies and transfer money directly into each others’ accounts has also been on the rise. A number of Indian platforms such as Koinex, Wazirx and Coindelta have begun to offer P2P trading services. This has also prompted global crypto-heavyweights Huobi and Binance to tap into the Indian markets. Huobi has opened up their P2P trading platform for Indian users - and Binance is also expected to make a similar announcement during an upcoming event in the country.

The Supreme Court of India is currently hearing the case made by cryptocurrency exchanges against the Reserve Bank of India’s decision. The hearing is going on and a final decision is expected to come out next month, on the 11th of September. In September, India will also be ready with their final draft of the cryptocurrency regulation laws. September is expected to be a big month for crypto-traders in India.