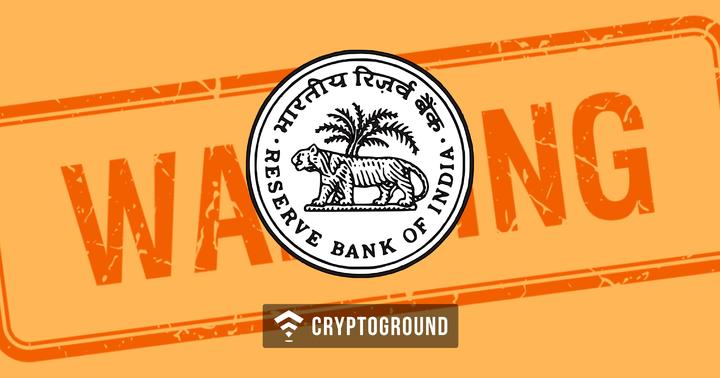 The Reserve Bank of India (RBI) is the central banking authority in India. The RBI is also the institution which comes up with financial policies for the country. The latest directive from the Reserve Bank spells doom for cryptocurrency trade in the country as the RBI has now issued a directive to all ‘regulated entities’ which includes banks as well as authorized payment wallets to stop dealing with those who trade cryptocurrencies.

Banks and other similar financial organizations have been instructed to not provide services to any individual or organization which deals in cryptocurrencies such as Bitcoin. Following the implementation of this move, "A person will not be able to transfer money from his savings account to his cryptowallet" says, Abizer Diwanji, Head, Financial Services, EY India.

The central Indian banking authority has issued this order to ‘protect consumer interest’ and to avoid money laundering - which is a major problem in the nation. This was announced during the first monetary policy committee (MPC) review meet of fiscal 2019.  Here’s an official statement:

"To ring fence the RBI regulated entities (banks) from the risk of dealing with entities associated with virtual currencies, they (banks) are required to stop having business relations with the entities dealing in virtual currencies forthwith. And (they are also required to) unwind the existing relation in three months," said B P Kanungo, deputy governor of RBI.

This is an extremely hostile stance from one of the largest financial authorities in the world - and is likely to have a severe impact on cryptocurrency prices. The expectation at the moment is that there would be a strong ‘FUD’ in the market. FUD stands for Fear, Uncertainty and Doubt, which leads to a price fall as panicked investors begin to withdraw their investments.

A similar ‘FUD’ was observed when the Indian Finance Minister Arun Jaitley had commented that cryptocurrencies are not a legal tender in India while the 2018-19 union budget was being announced. This had led to the price of Bitcoin falling in local cryptocurrency exchanges such as Zebpay to as low as $4,000.

Reports further indicate that the Reserve Bank of India has also set up an inter-departmental committee which would work towards understanding the feasibility and desirability of starting India’s own digital currency in future, as per the Deputy Governor Kanungo.

In the past, the Reserve Bank had issued three statements - the first coming as far back as 2013, the second and the third in 2017. The RBI has been warning the consumers as well as the banks about the risk of cryptocurrencies for quite some time now and this time they have taken a firm action. With banks no longer permitting consumers to transact with crypto-organizations, it seemingly sets an end to cryptocurrency trade in India - at least for the time being.