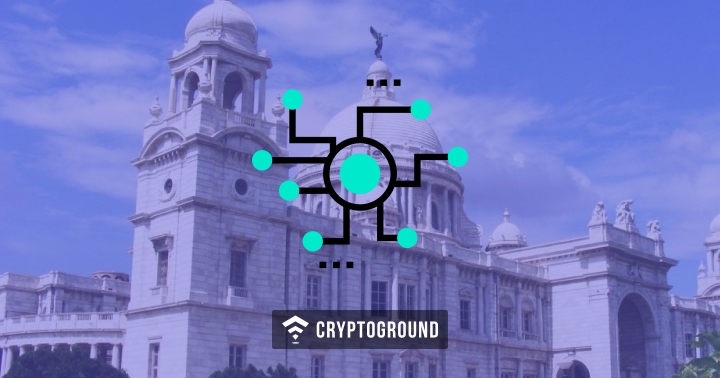 Varun Biyani, the father of Divit, received his son’s birth certificate earlier this week from the New Town Kolkata Development Authority (NDKA). This birth certificate was also shown off at the two-day Global Blockchain Congress event which was being held in Kolkata on the 18th and 19th of December, an initiative of the state’s Department of Information Technology & Electronics.

“I'm glad the government is implementing new technology like this to secure information and prevent manual manipulation,” Varun commented. This has been made possible as the Bankura Municipal Corporation and Durgapur Municipal Corporation teamed up with a Netherlands-based startup, Lynked.World. The blockchain firm helped develop an app which would allow these municipal corporations to issue blockchain-based birth certificates.

During the Global Blockchain Congress event, Debashish Sen, the Chairman of the NKDA said that blockchain-based birth certificates are much more secure as they are immune to cyber attacks and cannot be modified, thanks to multiple levels of encryption.

Moreover, with birth certificates now being issued over a blockchain platform, things have become much easier for those seeking a birth certificate for their child. In the past, one would have to go through multiple levels of bureaucracy and get a lot of paperwork done before a certificate was issued. However, it is a much faster and simpler process now. Amit Mitra, the Minister of Information Technology and Electronics for the State of West Bengal commented on this, saying:

"We are trying to harness Blockchain in a manner so that it can be used for the benefit of common man. We are holding this international level knowledge sharing event with this purpose in mind."

A senior official of the Ministry of Information Technology and Electronics commented, saying:

“There is a hashtag which needs to be used for maintaining records through Blockchain and it cannot be tampered by any means. So, once you make the entries and the certificate is ready there can be no manipulation and this makes it 100 percent secured.”

While India hasn’t really been open to cryptocurrencies, the country has been quite enthusiastic about the blockchain technology. The Indian Prime Minister has lauded the technology in the past - and cracked an ‘insider joke’ about blockchain in startups. The government has been working towards making use of blockchain technology for various purposes - such as issuing degrees, cracking down on fake drugs - as well as issuing subsidies to farmers.

With the first blockchain-based birth certificate having been issued, it would be interesting to see if other states follow suit and begin to implement similar technologies. India is also planning to make use of blockchain technology for land records. Stay tuned with us at Cryptoground for more updates and news stories from the world of cryptocurrencies and the blockchain technology.