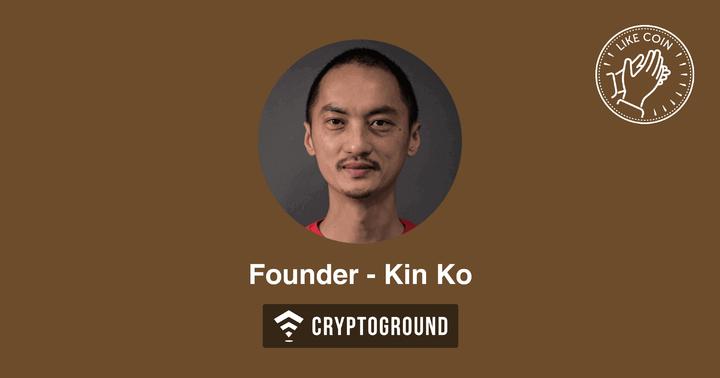 LikeCoin is a cryptocurrency designed to reward people for their creative accomplishments that are shared in a public domain. Kin Ko, a founder of LikeCoin Foundation stated,

"We see today many freelance creators on the internet. Most of them, actually, are not rewarded for their work by sharing to Facebook. They're getting likes, but not real rewards and we want to change that."

The company created a mechanism called Proof of Creativity that will reward people for their creations, including visual art, written work and more.

The team of 11 people is based out of Hong Kong and is moving into its public ICO token sale shortly. The goal is to raise 12,600 Ethereum overall and to be able to start launching parts of the project in the next several months.

Kin Ko was a game developer for many years before starting LikeCoin last year. During his time as a developer, he found people weren’t paying the creators for their work, but paying for items in the games, instead.

"The creative process is distorted, I think, so I’ve cared about this issue for a long time," said Ko.

As the blockchain environment got more mature, the founder thought this would be his chance to change how creators could earn money for their work.

These creators will be able to share their work online on LikeCoin apps, such as puttyimage. Once they’re shared in the LikeCoin ecosystem, these images will be trackable on a content footprint that’s written via an Ethereum Smart Contract. The people who like and share these photos will be giving the creator a chance to earn LikeCoins.

This works in two different ways. If a user is not paying out their pocket, just giving the photos a like, this will mean they’re helping the creator mine LikeCoins. There are a certain number of LikeCoins that are assigned each day to give out to creators on this system. The more likes are given, the artist will receive a higher percentage of those LikeCoins from that day.

However, it’s even more beneficial for that work to generate related work.

“Say you’re a writer and you need an image in your article. You take an image of someone else to include in your article,” explained Ko. He stated further, “And then the readers like your article. Both you and the photographer would get some LikeCoin. That’s the mining part.”

Readers can also pay the creator out of their own pockets, outside of this mining system. They can give what’s called a SuperLike and it gives the creator LikeCoins directly.

LikeCoins are built on the Ethereum ERC-20 system and those coins can be exchanged with fiat currency by the recipient. The coins can also be used as utility coins within the system. Blockchain technology is also used to hash the data which is called the creative fingerprint in the Smart Contract. And then the Smart Contract is used to store the content.

Reaction of the Creative and Crypto Communities

As mentioned, the public sale for LikeCoin is set to start on Monday, April 23rd and end on May 28th. The team has already sold 5400 Ethereum in its presale phases.

Kin Ko believes that the reception from both the creative and crypto communities have been satisfactory, though some people believe his project is similar to other companies. He asserted their design is unique, but the similarities are due to the fact that the problem they are trying to solve is very common. Many people feel that they’re posting content, but aren’t getting a reward for their work.

Kin Ko revelaed his concerns, “Say for me, I’ve been putting my articles all my life under Creative Commons licenses and I’m not getting a penny. I’m not saying this is a problem for me because I have full-time job, but there are many people who are freelancers or part-time or so-called slash workers and it would be a beautiful thing if they could make money out of their creations, so they could spend more time without looking for other ways to make money for their bills.”

LikeCoin has been focusing its efforts on selling its tokens to people who would actually use the program, even though it’s harder to explain its concept to this community. They have to be taught how to set up a wallet and work with Ethereum. But the hope is this training with the creators will pay off in the end.

"We think it's better to get users to buy the tokens, instead of investors [...] We think it works out better in the long-term, even though it's slower and it takes more effort.

The LikeCoin team has been developing its system non-stop and will continue after the ICO ends on May 28th. The prototype of the puttyimages site will come out at the end of the year, as well as the mining aspects of that project. Another major milestone will be the creation of blogchain, which is where you can upload articles, with both of these sites working together.

Company: LikeCoin Foundation
Website: like.co
Who this is perfect for: Creators, such as bloggers and visual artists
Presale: Ended
Public Sale: May 7th to May 21st