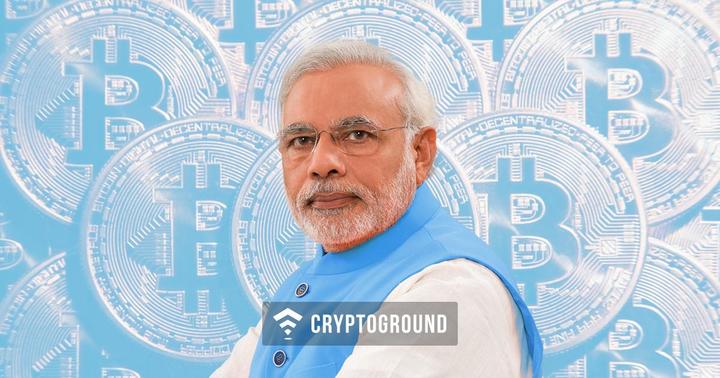 India has been one of the biggest names in the world of cryptocurrency. Over the past few months, the country has risen to prominence. A couple of weeks ago, when the Indian union budget was being presented, the Finance Minister’s statements caused a major panic in the markets which led to cryptocurrency prices on Indian exchanges briefly dropping to as low as $4,000! However, it looks like the nation’s approach has now softened as the Indian Prime Minister’s Office has praised the blockchain technology.

Prime Minister Narendra Modi’s comments came after he inaugurated the Future Skills platform of Nasscom at the World Congress on Information Technology (WCIT)-2018. The tweet from the Prime Minister’s Office read: “Disruptive technologies such as Blockchain and the IoT, will have a profound impact in the way we live and work. They will require rapid adaptation in our workplaces.”

One of the biggest campaign promises of the Indian Prime Minister in 2014 was that of the digital India initiative, which ranges from a variety of things ranging from creating a cashless, digital economy to improving internet access, as well as better banking facilities among others. India has been experimenting with a number of new-age technologies, including blockchain systems.

“With the advent of new technologies like AI, Blockchain and IoT, re-skilling of young professionals is critical. The platform for re-skilling and up-skilling of workforce in new and emerging ICT technologies is a complement to Centre’s ‘Digital India’ initiative,” Nasscom President R. Chandrashekhar said.

Indian IT Minister, Ravi Shankar Prasad also commented on the protection of data. As per reports from Mint, the Government has appointed a committee under the chairmanship of former Supreme Court justice B. N. Srikrishna to study various issues relating to data protection in the country and make specific suggestions to the proposed Data Protection Bill.

A number of Indian states have been adapting these new technologies well. Kerala has become the first state in India to even set up a blockchain academy. However, India embracing the blockchain technology doesn’t really comment much upon their stance on cryptocurrency. Countries which are very hostile towards cryptocurrencies, such as China too have embraced blockchain technologies well. It will be interesting to see how the country makes use of this technology over the years.

Gibraltar To Become the First Country to Legalize, Regulate ICOs