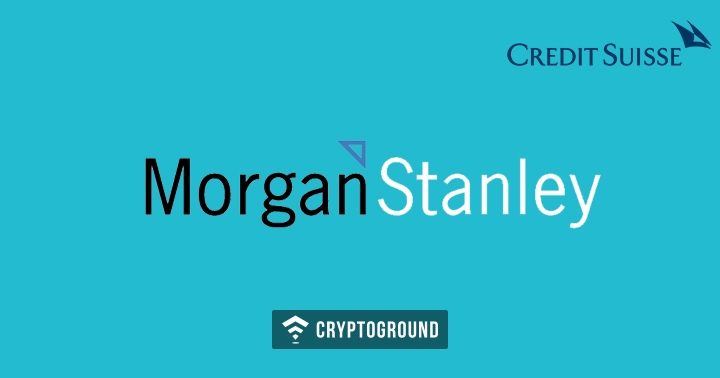 One of the world's largest investment banks Morgan Stanley has hired a cryptocurrencies trading expert, Andrew Peel, from Credit Suisse. Peel is a Chartered Financial Analyst (CFA) by qualification and joins Morgan Stanley as Head of Digital Asset Markets, to based out of Zurich and London.

Peel spent about 12 years at Credit Suisse, with the latest role being vice president of sales and trading innovation, where he acted as “trading subject matter expert for Bitcoin and cryptocurrencies” according to his LinkedIn profile. His page also includes an independent position as “advocate of crypto markets” since June 2013.

Morgan Stanley has been having a positive stance on cryptocurrencies over the last few months. In a recently released report, it stated that the usage of cryptocurrencies can help central banks in reducing the interest rates, which in turn, will reduce the impact of financial crises in the future.

Further, in May of this year, there were reports that the banking giant is planning to start a desk for cryptocurrency trading soon. With Peel's appointment, looks like we could witness one in the near future. Interestingly, its rival Goldman Sachs already confirmed the launch of its cryptocurrency trading desk in the same month.

Morgan Stanley has also notably been clearing Bitcoin futures for select clients since mid of January 2018. Overall, the major investment banks are actively looking to enter the burgeoning crypto space. Recently, there were reports that even BlackRock is assembling a working group to look at blockchain technology and cryptocurrencies such as bitcoin. But there have been confusing and contradictory statements in the media regarding BlackRock's move with respect to cryptocurrencies.