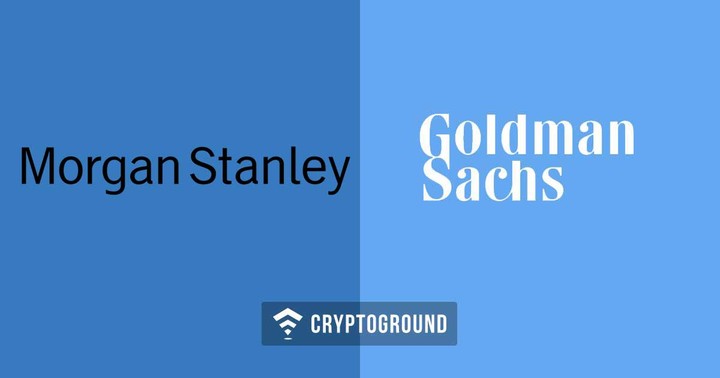 Bitcoin futures products, launched in December last year, have continued to rise in popularity. This has motivated Morgan Stanley to start offering clearing services for select institutional clients; not everyone is welcome to join the parade. Both banks are selecting the clients who can participate in futures trading.

Two exchange markets, Chicago Mercantile Exchange (CME) and Chicago Board Options Exchange (CBOE) are managing the bitcoin futures contracts after their successful launch in December. A month down the line, most of Wall Street is still taking its time on the matter.
This hesitation could be tied to the product’s relationship with one of the most volatile currencies in history.

A report from Bloomberg said that the previous sole Wall Street player on the scene, Goldman Sachs, demanded that clients stake funds equivalent to the value of their bitcoin futures for clearing purposes. This move limited the number of clients who could access the service.
Meanwhile, Morgan Stanley has not revealed the margin levels required for clients to qualify for the service. But Pruzan says that this will depend on the volatility in an asset class. According to its Chief Financial Officer, Jonathan Pruzan, the service is for “core institutional clients who want to participate in a derivatives transaction.”

He also says that the bank’s executives regularly hold meetings to consider new ways to engage with the innovative cryptocurrency space.
The two banks are currently operating in a previously unexplored territory and have not revealed plans of going beyond their current operation as clearing agents. Pruzan says that even though Morgan Stanley executives have considered getting involved in custody service provision and market making, they have so far elected not to do so.

The bitcoin community presented mixed reactions to the creation of regulated futures on the currency. Some expressed fears that this would lead to manipulation of the bitcoin market that is at the core of the trade.

Others still felt that getting institutions involved in any activity related to the currency would lead to the additional legitimization of the coin and contribute to its growth.

It is a fact that getting more institutional investors involved in the bitcoin markets will have an effect on the price. To this end, the exchange platform Coinbase has already set up a custody product that offers storage services to institutional traders.

This service requires an upfront payment of $100,000 as set-up fee as well as a monthly fee for the currency stored on the system. According to the CEO, it provides the incentive that institutions need to get started on crypto trading.

He says that a number of them have said that the lack of secure custody of crypto assets has been the main impediment stopping them from joining the bandwagon.

Other financial companies that are currently allowing for bitcoin futures trading include the large brokerage firms E*Trade, TD Ameritrade and Interactive Brokers. These firms are also limiting the number of clients who can access the exclusive service.