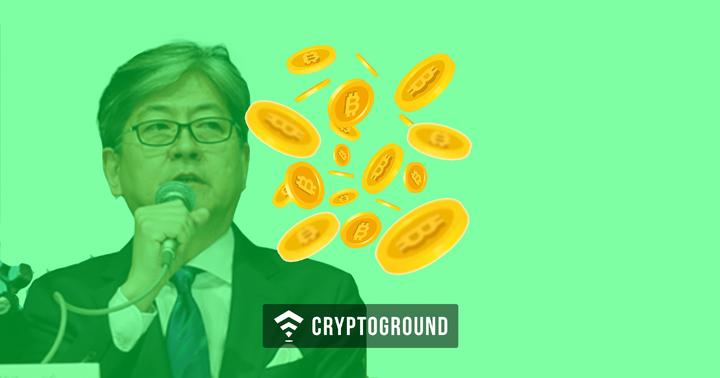 Japan’s online brokerage firm Monex Group’s CEO, Oki Matsumoto is a Wall Street veteran. When he says something, one does sit up and listen. Despite cryptocurrencies facing everything from severe criticism to bans across the world, he feels that they are in the same category as derivatives. Just like derivatives took their time 38 years ago to come to the mainstream, after being embroiled in various controversies in 1980, cryptocurrencies will also need time to be adapted. As he mentions –

“What's happening in the crypto world today is very similar to derivatives in the 1980s, and sooner or later all of those regulatory frameworks will be fixed. Only a few people could understand derivatives, just the rocket scientists, and those people. But five years later, all the biggest schools in the world were teaching derivatives.”

Matsumoto is a veteran who started his career with Solomon Brothers in 1987 with derivatives. He also spent 12 years with Goldman Sachs and also launched’s firms' investment bank’s yen fixed-income trading desk. He established Monex in co-operation with the Sony Corporation.

Monex has stepped into the cryptocurrency world with its acquisition of the beleaguered cryptocurrency exchange Coincheck. The popular Japanese exchange filed for bankruptcy after it suffered through a major hacking attack in January 2018 that resulted in the loss of $547 Million worth of NEM cryptocurrencies.  Regarding the deal he mentioned -

"We work beautifully together, they can provide a lot of value," the CEO said and was happy to note the increase in the share prices of Monex post the acquisition which reflected his views of the deal.

Japanese cryptocurrency investors are reeling with a high taxation of almost 55% which is a major discouragement. However, traders are largely unaffected with various options within cryptocurrencies and the attraction of high returns.

Along with Monex, another Japanese financial giant, SBI Holdings, has been expected to start off its new cryptocurrency exchange. According to Business Insider Japan, SBI Virtual Currencies has already been offering a limited service to a few customers since January 30 this year. Having had to previously delay development, this is great news for the financial giant.