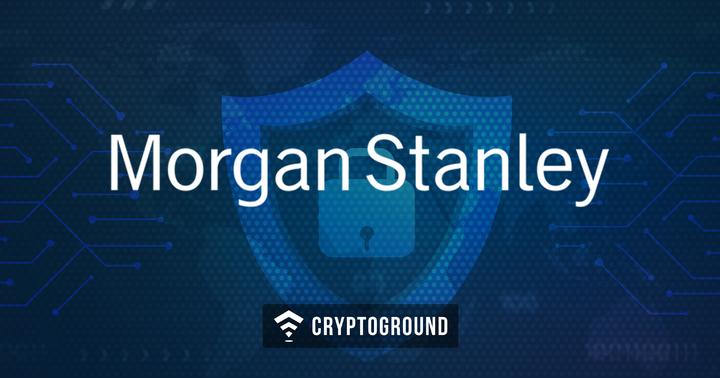 Morgan Stanley is reportedly planning to start a desk for cryptocurrency trading soon. Interestingly, Goldman Sachs already announced its desk recently and what remains to be seen is the intensity of the competition which gets played out especially with the regulatory eagle eye.

As per unconfirmed reports, the bank aims at institutional traders, ICOs, and arbitrage. It is in consultation with hedge funds, and money managers already dealing in cryptocurrencies to understand the market space.

As the source pointed out –

“Truth be told this is the next arms race. EVERYONE IS RUSHING INTO CRYPTOS. Everyone. There isn’t a bank, a fund, a fund company, a former legend attempting to reclaim old glory, private equity, venture capital, lending, exchanges, consulting firms – everybody. It is the digital gold rush. And our firm wants to get there and pull as many levers as we can.”

Retail interest has grown manifolds and the increasing flow is only a matter of time. The big banks want to be ready for the inflow when it starts happening. Even NASDAQ CEO, Adena Friedman disclosed on CNBC’S Squawk Box that Nasdaq was considering a cryptocurrency exchange. This shows the promising future for the space in general.

Trading Desks Across Other Banks

Goldman has already filled out the high-level position under the cryptocurrency setup. A former crypto trader, Justin Schmidt, has also been hired as vice president an head of digital assets markets in the Goldman Securities Division.

London’s largest bank, Barclays also announced its intentions to launch a cryptocurrency desk soon. It has also given a confirmation on a possible partnership with Goldman Sachs.

Since 2016, there has been an eightfold increase in the cryptocurrency hedge funds and Wall Street Expects retail customers to put in money slowly and surely. As of now no banks are into this space but going forward this might change by the year-end.

“Members of our team were put in a ‘crypto working group’ early last week and tasked with figuring out how to mitigate risk to the firm while benefiting from the extraordinary volatility in the space. It isn’t any secret that volatile assets that trade 24 hours a day, 7 days a week would be a welcome addition to a trade desk portfolio.”

Crypto trading in futures is now being picked up by a lot of intermediaries as a neat way to profits. Interactive Brokers, Etrade, TD Ameritrade, CME and many other platforms have already adapted crypto-denominated instruments. Its only a matter of time before it comes to a bank near you.