How to Buy Bitcoins Instantly? 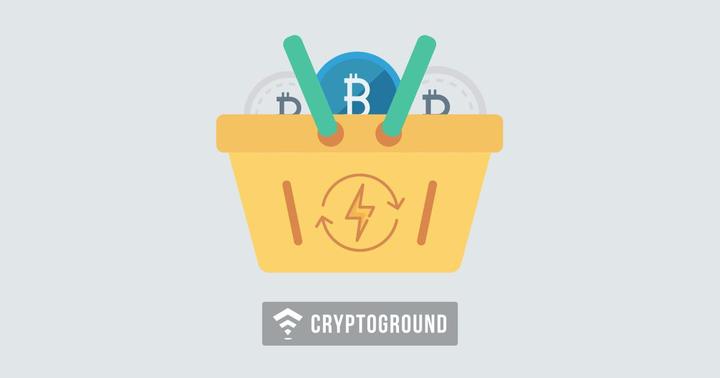 Bitcoin is the most popular cryptocurrency in terms of market cap as well as awareness. Almost everyone begins their journey in the world of cryptocurrencies with Bitcoins. When it comes to buying Bitcoins, there are a number of alternatives. Some platforms make it a little complex to buy Bitcoins. The easiest way to buy Bitcoins instantly is perhaps via Credit Cards and Debit Cards.

In the past, many Bitcoin exchanges did not allow users to make payments using Credit or Debit cards. This was primarily because of the fact that Bitcoin payments are irreversible and some malicious users filed a chargeback and scammed the exchanges. However, with time, an increasing number of websites and cryptocurrency exchanges have begun to support Credit Cards and Debit Cards. Here, we take a look at some popular websites which allow users to buy Bitcoins instantly:

List of Websites Which Allow Users to Buy Bitcoins Instantly:

Perhaps the simplest of them all, Bitcoin.com website allows the users to buy Bitcoins instantly with the help of their Credit Cards and Debit Cards. The interface is simple and easy to use. All you need to have in advance is a Bitcoin Wallet where the Bitcoins will be transferred to. Another major advantage that Bitcoin.com offers is that of privacy, as no registrations are needed on this website to buy Bitcoins.

For anyone who is a novice at buying Bitcoins - this is the ideal place to begin as it is the simplest of procedures. However, one of the biggest drawbacks of buying Bitcoins via Bitcoin.com is the fact that it charges a high fees from the buyers. It charges 5% as Credit Card fee and another 2.5% as service free - which might be a little too harsh for some users. Nevertheless, one of the simplest and easiest platforms to purchase Bitcoins.

For those looking forward to buy Bitcoins instantly, Coinbase is among one of the most popular alternatives. Trusted by millions of users from around the world, Coinbase offers the perfect platform to make Credit Card and Debit Card purchases to buy Bitcoins. However - in order to purchase Bitcoins from Coinbase, you would require to register on their platform and provide a few personal details.

In order to buy Bitcoins using Coinbase, you would also need to register your credit card with them. The exchange will make two small transactions with your card - which you need to check and verify. Following that - it is a cakewalk to buy Bitcoins using Credit Cards or Debit Cards on Coinbase. It lacks in privacy, but has a considerably lesser fee when compared to Bitcoin.com.

CEX is another popular name when it comes to buying Bitcoins instantly using Credit Card payments. It is a cryptocurrency exchange based in London but has a global audience. What makes it even unique is the fact that not only does CEX allow users to make Credit Card transactions, but it also supports PayPal transactions! This makes it even easier for users to buy Bitcoins faster.

Not only does CEX allow you to buy Bitcoins instantly, it also supports instant withdrawals to USD, EUR and RUB currencies. Moreover, the exchange also allows you to create a wallet where you can buy and store your cryptocurrency, unlike Bitcoin.com where you need to transfer to a different wallet address after purchase. CEX is quite secure as well. However, it does require some private information from the users.

A popular cryptocurrency exchange which allows users to buy and sell Bitcoins, Bitstamp has been around for quite a long time. The exchange has been in operation since 2011 and is one of the most trusted names around the world. Bitstamp allows the users to buy Bitcoins instantly using Credit Card payments.

The exchange allows users to make a transaction of up to $5000 per day and up to $20,000 per month using Credit Cards - this is one of the largest limits allowed on any exchange, making Bitstamp a popular alternative. However, the one major drawback that this cryptocurrency exchange has is that it is not as user friendly as some other exchanges that allow making transactions via cards. Therefore if you are a novice user you might end up spending some time on the exchange to get a hang of how it works!

BitPanda is a popular cryptocurrency exchange based in Austria which allows the users to make Credit Card and Debit Card purchases. The BitPanda exchange is a trusted name which is around since 2014. It allows users to buy Bitcoins instantly. It allows transactions of 2,500 EUR every day (up to 75,000 EUR per month).

The exchange also has a number of other payment options that users can make use of. However, there are two major drawbacks to using BitPanda’s services. First, the fact that it only supports EU nations for card payments and second being the fact that it requires a registration - involving some of your private information.

Israel based Coinmama is one of the best solutions when it comes to those users looking for a service to buy Bitcoins instantly. Coinmama offers a quick and simple platform for purchasing Bitcoins using Credit Cards and Debit Cards. It is internationally acclaimed for its quick service - however, it does not cater to all the states in the US.

Coinmama’s Bitcoin purchases are similar to that of Bitcoin.com where you need to have a seperate wallet as the platform does not provide you with one. However, despite that - it is one of the fastest and easiest means of buying Bitcoins for those looking for an instant purchase!

Now that you know all the different platforms which can be used to buy Bitcoins instantly using Credit Cards and Debit Cards - you can choose the one that suits you the best. The best such platform can be chosen on the basis of your level of experience, your need of privacy, whether or not the platform supports your country and whether you are looking for a platform that also offers a wallet! In our opinion all these platforms are among the best and most trusted names.