Goldman Sachs Is Not Confident on the Future of Cryptocurrencies: Predicts Price of Zero! 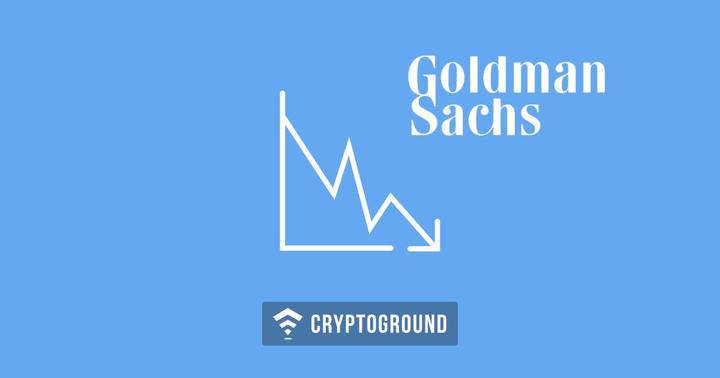 The Goldman Sachs group is among the biggest names when it comes to the world of finance. The company has been known for having a flip-flop opinion on cryptocurrencies. While they have been supportive of Bitcoin (as recently as earlier this year), the company doesn’t have much faith in other cryptocurrencies, as a report today stated.

This was highlighted in a note on Q&A with Goldman Sachs head of Global Investment Research Steve Strongin. As per Strongin, ‘most cryptocurrencies’ will fall down to a price of zero. This is because he believes that the current iterations of these currencies are ‘too primitive’ to survive in the long run. He stated that transactions are turning out to be slow and costly - which was exactly the problem cryptocurrencies were meant to solve. Another reason that Strongin cites when predicting doom for cryptocurrencies pertains to cybersecurity issues.

“Whether any of today’s cryptocurrencies will survive over the long run seems unlikely to me, although parts of them may evolve and survive,” Strongin said. “Because of the lack of intrinsic value, the currencies that don’t survive will most likely trade to zero.”

Strongin gave an example of the dot-com bubble of the 90s, predicting that this is what might be in store for the investors if they don’t withdraw on time. He stated the example of Pets.com and eToys.com which were among some of the biggest names during the 90s bubble but eventually disappeared.

“In hindsight, this period will probably end up looking like the internet bubble of the late 1990s. Very few companies that existed then went on to become even more valuable. Amazon did—but in a completely different form. Google—a big winner today—had only just been formed at the time,” he said.

Based on Strongin’s statements, there may even be a chance that the Google or Amazon equivalent of the world of cryptocurrencies may not even have been created yet! “Ultimately, I think new cryptocurrencies will emerge but of course time will tell,” he added.

“So, are any of today’s cryptocurrencies going to be an Amazon or a Google, or will they end up like many of the now-defunct search engines? Just because we are in a speculative bubble does not mean current prices can’t increase for a handful of survivors,” he said. “At the same time, it probably does mean that most, if not all, will never see their recent peaks again.”

While we are still far from seeing a cryptocurrency giant emerge, the core of Strongin’s statements still holds true - the fact that a large number of cryptocurrencies might eventually hit rock-bottom at $0. He hasn’t even been the first person to make such claims. Billionaire investor Warren Buffet too has predicted something similar, stating ‘Cryptocurrency Investments will meet a bad end’.