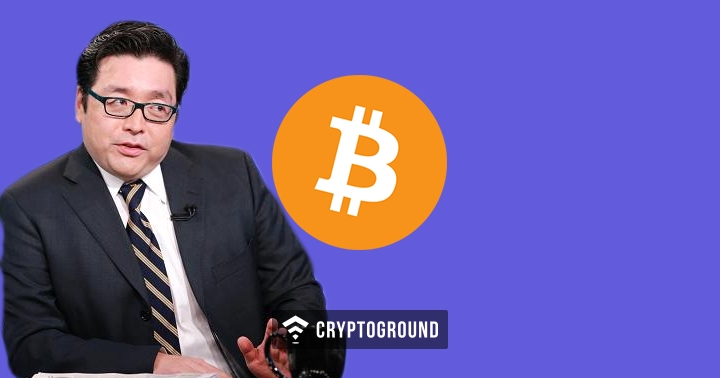 Bitcoin has been on a downtrend trajectory since past couple of weeks and is currently trading at around $7,000. Despite its downturn, Fundstrat Global Advisors' managing partner Tom Lee says the cryptocurrency is gradually regaining market share - which should comfort bitcoin buffs. Lee, who is a Wall Street bull, said on CNBC's Fast Money show:

"The news that we have seen, from the SEC saying bitcoin's a commodity, to ... the potential for an [exchange-traded fund] is causing investors to decide that bitcoin is the best house in a tough market."

Lee was referring to the U.S. Securities and Exchange Commission (SEC).

Bitcoin, in fact, has been seeing declines since briefly hitting near $20,000 in December 2017. It dropped below $6,000 at the end of June - its lowest value all year. The leading cryptocurrency then rallied, approaching $8,400 in July, before tumbling back down to around $7,000 in recent days.

"Bitcoin isn't broken if it's holding at these levels. I think people are afraid it is going to go back down to $6,000 and never come back from those bear markets," Lee said.

Bitcoin's price remains low, despite a couple of positive developments in the cryptocurrency sector.  The US SEC officials have publicly labeled bitcoin as a commodity and in June made it clear that cryptocurrencies would not be treated like securities, The Intercontinental Exchange announced a partnership with major companies, including Starbucks and Microsoft, that will aim to create an open and regulated digital asset ecosystem 'Bakkt'. Crypto bulls say this development could help legitimize bitcoin.

Bitcoin may not be reacting outright to the news, but the true sign of its return, Lee argued, is the regaining of its market share.

"I think bitcoin dominance is actually showing the market is reacting to what's been taking place," Lee said.