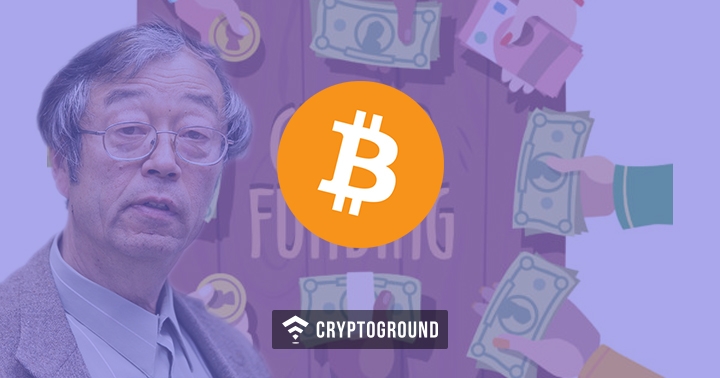 The identity of Satoshi Nakamoto, the creator of Bitcoins, is a big question that has surrounded the cryptocurrency community for close to a decade now. The man who holds a million Bitcoins has maintained a very low profile and practically nothing is known about his identity. It is not even certain if he is one person or a group of people who came together to create Bitcoins. A crowdfunding campaign has now been launched on the Russian platform Boomstarter to uncover the identity of this man.

The campaign, #FindSatoshi, aims at raising close to $250,000 which would help them hire private detectives from Russia, Japan, London and New York who would work together to uncover the identity of Nakamoto. The campaign was started by German Nuff from Estonia. For those who are wondering why is there a need to know his identity, the campaign page answers:

“We, the international group of crypto-enthusiasts #FindSatoshi are initiating an international search for the creator of Bitcoin, Satoshi Nakamoto. The world needs to be sure that the cryptocurrency is not a global fraud. We, the fans of cryptocurrencies who sincerely believe in the ideals behind the digital money, should know who has more than 1 million coins in their wallet. And who could overthrow the market overnight, almost destroying it. At least one confirmed fact would be enough. There’s just too much risk for a new economic paradigm.”

The campaign states that the bigger question is not just that of his identity. It is that why did he create them. Could Mr. Nakamoto have created it for scientific benefits or for selfish motives? Could it be that he works for one of the multinational IT giants which wants to control the global economic systems? The fact of the matter, as explained by the campaign, is that too much is at risk.

Considering that Nakamoto owns a million Bitcoins, if he decides to sell them off one day, it could lead to the collapse of the global cryptocurrency order and disrupt several economies. Moreover, if Nakamoto passes away and his heir gets the passwords, what if he isn’t as careful as Nakamoto? There are several disturbing possibilities and dangers which can be defused once Nakamoto’s identity is revealed.

Multiple Claims In The Past

Various organizations have claimed to have found Satoshi Nakamoto in the past. News publications such as the Newsweek and Wire have published extensively about who Satoshi Nakamoto is. The brother of Colombian drug lord Pablo Escobar, Roberto Escobar claims to have personally met Satoshi. What adds another twist to the tale is when agencies such as the CIA or the FBI are asked about it, their standard response is that they “can neither confirm nor deny” if they know who Satoshi is. Most recently, a man claiming to be Satoshi Nakamoto is now writing a book on his life and Bitcoins.

Critics of the #FindSatoshi campaign have called it a campaign doomed from the start and something that would leave to no productive results. However, what the campaign points out is the fact that Nakamoto, whoever he is, exercises a great amount of control over the cryptocurrency markets and if he (or his heirs) ever decide to sell large amounts of cryptocurrencies, it could have a severe impact on the cryptocurrency economy.

Ethereum (ETH) Price Struggles To Move Above The $179 Resistance - Eth...