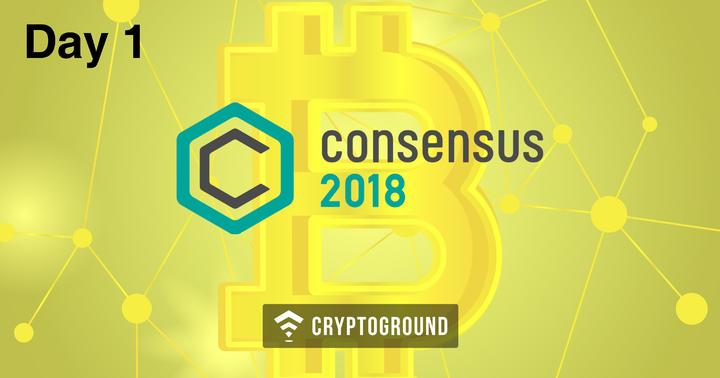 The blockchain technology has been evolving in rapid leaps and bounds. Over the years there have been a number of developments in the sector and the blockchain tech has truly become a global game-changer. The Consensus 2018 event was a blockchain technology summit held at the Hilton Midtown in New York. This Coindesk-organized event featured over 250 speakers and over 4000 attendees from across the world.

Over the course of the past three days, several major announcements and statements were made, which will have an impact on the world of blockchain and cryptocurrencies for the rest of the year. In case you did not have enough time to follow up with the goings on at the Consensus 2018, let us take a closer look at some of the highlights from the first day of this event.

It was announced at the Consensus 2018 event that the Gemini cryptocurrency exchange will begin trading Zcash, Litecoin and Bitcoin Cash starting on the 19th of May. In another interesting announcement, GoTenna launched a Bitcoin wallet which does not require internet connection! Amber Baldet, the former head of JP Morgan’s blockchain division teamed up with Patrick Mylund and announced that they are going to start off a decentralized app-store named Clovyr.

In another major announcement at the event, the New York City Economic Development Corporation (NYCEDC) stated that they now plan to make New York into a blockchain hub! An NYC Blockchain Resource Center will soon be set up - and the NYCEDC also announced that a public blockchain competition will soon take place!

Also present at the event was James Bullard, the President of the Federal Reserve Bank of St. Louis. The bank was recently in the news for publishing a report which showed their optimism in cryptocurrencies - going as far as saying that there is a possibility for cryptocurrencies to replace cash in the long run. At the event, Bullard pointed out that public and private currencies can co-exist.

Japanese messaging giant LINE has been working on launching their cryptocurrency and blockchain platform as well as a cryptocurrency exchange. At the Consensus 2018 event, the company teamed up with ICON to launch ‘Unchain’ - which will serve as LINE’s blockchain network. LINE also has a subsidiary dedicated to blockchain research called ‘Unblock’ which will now work with Unchain to streamline things.

While the event was going on, a group of protesters appeared outside the Hilton Midtown, shouting slogans against the bitcoin and blockchain technology. These protesters carried the banner of ‘Bankers against Bitcoin’. However, this was a mock protest organized by Genesis Mining - a Bitcoin mining company - which was organized to give those against blockchain a glimpse into their future!

#bankersagainstbitcoin using #Consensus2018 as a platform to protest against their disintermediation. Roar, dinosaurs, roar! pic.twitter.com/WiXUQ9ToxW

MakerDAO Holders Voted to Increase the Cost Associated with Programmat...