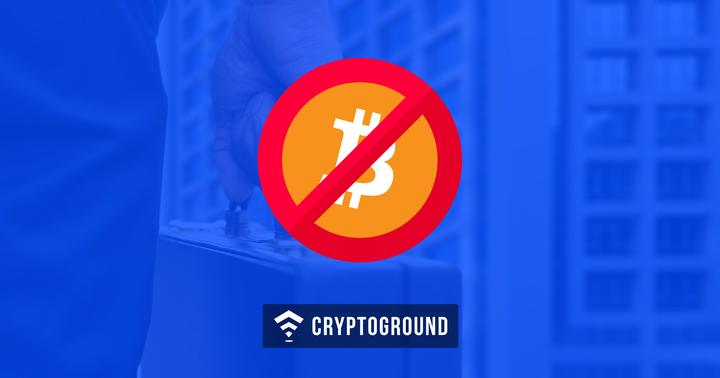 The world of cryptocurrencies has been a crazy, crazy place. We have seen some very absurd things happening over the years. Today, a Bitcoin mining company organized a fake protest which appeared as if it were a group of bankers protesting against the rise of Bitcoins - but upon closer look, it was a sarcastic take on those who were actually against Bitcoin adoption.

The ‘protest’ took place in Midtown Manhattan, right outside the hotel which is hosting the 2018 Consensus Blockchain Conference. The event saw over 8500 people from across the world come together as a part of this conference where the who’s who of blockchain technology were present.

The protesters shouted slogans such as ‘Hey, Hey, Ho, Ho! Bitcoin has to Go!’. They held banners and posters protesting against Bitcoins. They also held banners which pointed towards their website - BankerAgainstBitcoin.com and BankersAgainstBitcoin.org - both of which are pro-Bitcoin websites.This protest is being organized by a Bitcoin Mining company - Genesis Mining.

The idea behind this protest was to actually give those who are still against the idea of cryptocurrency a glimpse into the future that this is what they will be left doing while cryptocurrencies take things to the next level! Bankers Against Bitcoin claims that the biggest competition to the global banking infrastructure has now arrived - and it is not in the form of an organization or a company - it is a decentralized technology.

The process uses fear as a medium of attracting people to adopt the Bitcoin technology - claiming that this is the future and that there is no escaping it. Genesis Mining advertises their products with this unique process saying that Bitcoin is the future of finance and will change the global economic order. While Bitcoin is a revolutionary force - Genesis Mining advertises that they are your first step into the world of Bitcoin Mining with their $1,520, $4,440, or $12,960 packages.

Genesis Mining has been coming up with various unique forms of promoting cryptocurrency awareness. They started off with the #ExploreBitcoin project 2 years ago which involved extensive advertising. They have been running campaigns against those people as well as journalists who have been spreading misinformation or even negative information about cryptocurrencies. They even went 32km into space to complete the highest P2P transaction! Genesis CEO Marco Streng commented:

“This protest is representative of what will happen to those industries and companies that fail to understand times have changed. Legacy industries that have gone unchallenged for decades will soon begin to see their monopoly slip away. The consumer abuse that’s been possible due to a lack of competition is over. It will soon no longer be possible to charge the poorest people in the world exorbitant fees to send money back home to support their families.”

Cryptocurrencies have been seen as both - a ‘bubble’ that will burst - as well as a system which will bring around a major change in the global economic order. Only time can tell where this is headed - for now, all that we can do is to sit back and enjoy these creative protests.