Cryptocurrencies Can Replace Cash in the Near Future, Says Federal Reserve Bank of St. Louis 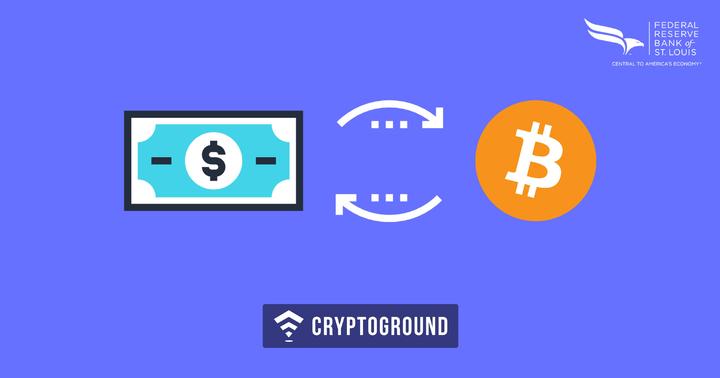 The crypto vs cash debate has been going on ever since the first Bitcoin was mined. It seems like an endless debate with millions of people around the world expressing their opinions. The latest name to weigh in on this debate is the Federal Reserve Bank of St. Louis, which makes a case for the possibility that cash can be replaced by cryptocurrencies in the near future.

While the bank does not state that it is not likely that fiat currencies will completely be overtaken by cryptocurrencies, the report states that the rising demand of a non-centralized currency has to be taken under serious consideration. To quote the report published by the bank, it says: “Cash has many advantages, but its end might be near.”

The Case Against Cash

Moreover, economists and bankers have expressed their concern that the use of cash affects monetary policy making systems, as cash limits the central bank’s authority to use negative nominal interest rates.

Another argument against cash is that cash promotes crime. Contrary to popular belief, the rise of cryptocurrencies is not being associated with a rise in crime - as observed in a report in Hong Kong. While crypto-criminals do exist, the fact of the matter is, that cash continues to be more criminal friendly. Moreover, cash promotes tax evasion activities and money laundering. Undeclared income and hidden stashes of cash have been quite common over the centuries.

The bank states in their report that:

“In the near future, a close cash substitute will be developed that will rapidly drive out cash as a means of payment. A contender is Bitcoin or some other cryptocurrency. While cryptocurrencies still have many drawbacks, such as high payment fees, scaling issues, and poor adoption, these issues could rapidly disappear with the emergence of large-scale off-chain payment networks (e.g., Bitcoin's lightning network) and other scaling solutions.”

The Federal Reserve Bank of St. Louis understands that cryptocurrencies are not perfect. However, there are rapid developments taking place in the sector which ensure that all the irregularities are removed and that the users get a better experience with every update.

Central Bank Electronic Money for All: A New Hope?

This virtual currency would allow all individuals as well as organizations to set up their electronic cash accounts at central banks, using which they would be able to make electronic payments with this new central bank money instead of regular old-school commercial bank deposits.

It would be interesting to see if this does become a solution in the long run. For now, it is a comforting thought to know that cryptocurrencies are being considered as a cash-alternative by banking systems.

ZCash (ZEC) Gets Listed on Coinbase Website and App

Boehringer Ingelheim teams up with Solve.Care to develop Blockchain-Ba...