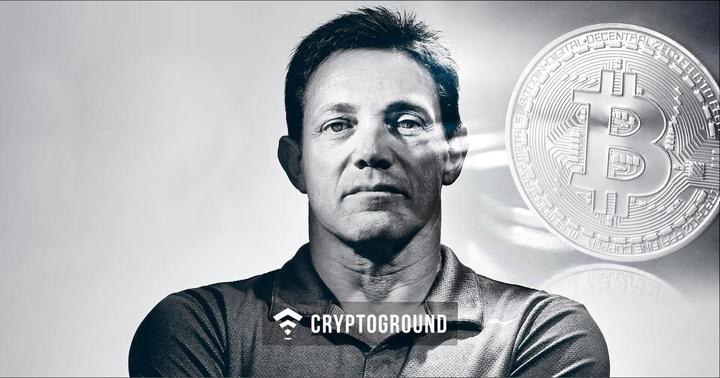 Jordan Belfort was a big name in the world of investments and wall street. However, his popularity skyrocketed after the popular Leonardo Dicaprio starrer movie ‘the wolf of wall street’. Belfort is a respected name in the markets and his opinions often influence the market trends considering the following he has. In a recent interview, the wolf of wall street appeared to have no confidence in Bitcoin’s long-term success.

Belfort, in an interview with Patrick Bet-David, stated that while he does not believe that Bitcoin in itself is a scam, but he thinks that there is indeed a lot of manipulation going on in the Bitcoin markets. He called Bitcoin a creation of financial anarchists. Jordan Belfort believes that the rise in the prices of Bitcoins is all about speculations.

Jordan said in the interview,

Many financial analysts agree with this viewpoint and this is something which has been discussed time and again in the crypto circles. People are rushing into the crypto markets, assuming it to be a quick and easy way to make money.

The Wolf of Wall Street Jordan Belfort is worried about the amount of manipulation that is going on in the cryptocurrency markets and he firmly believes that this is the biggest flaw in cryptocurrencies. He cited the example of Olaf Carlson-Wee, one of the most prominent market manipulators in the world of cryptocurrencies. Carlson was one of the earliest adopters of Bitcoins.

Wolf of the wall street is certain that Bitcoin is going to meet a bad end. This is something which has also been predicted by Warren Buffet and some other market gurus. Jordan Belfort believes that Bitcoin has the tremendous potential to bounce - and it may even reach a figure of as much as $50,000 shortly. However - while he isn’t certain of the high point, he is quite sure that the markets will collapse in the long term and crash to $0.

Jordan Belfort states that he hasn’t invested a single penny in cryptos. He has never been optimistic about cryptocurrencies. In some of his previous statements he has stated that Bitcoins are ‘wolf in a sheeps clothing’. He also finds Bitcoins problematic because Bitcoins can easily be stolen by hacking users. Belfort is also quite pessimistic about ICOs, calling them the biggest scam ever. Wolf of the wall street has spoken - however, only time can tell how accurate his statements prove to be.