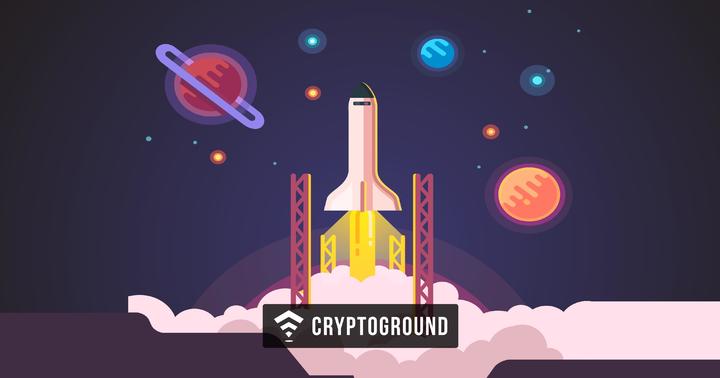 While cryptocurrency prices continue to fluctuate - there’s much to look forward to as we head into the summer months! May and June have some of the most exciting mainnet launches of the year - as six major names are all set to step up. Here’s a look at the top 6 mainnet launches of May and June - which are likely to have an impact on the prices of these cryptocurrencies.

However, before we head into these mainnet launches - let us take a look at what a mainnet actually is. When new cryptocurrencies are introduced, they take some time to become fully functional projects. The interim period between the introduction to a proper launch is known as a ‘testnet’. Once the testnet period ends, the mainnet period begins - this is where the currency and the platform start delivering upon the promises that they have made. Let us now take a closer look at the top 6 mainnet launches of the next six weeks.

The EOS mainnet launch is scheduled for 2nd June. The anticipation has already begun as the market cap of this currency has been surging continuously. EOS has been among one of the biggest names in the crypto markets right since its inception. It has become a major fixture in the top 10 cryptocurrencies - and continues to impress. EOS is the brainchild of Dan Larimer, who created Steemit and Bitshares in the past.

The platform has already begun attracting major attention as 18 dapps are now planning to launch on EOS. The platform’s focus on inter-blockchain communication has also earned a lot of applause. It will be interesting to see how EOS performs following the mainnet launch.

The Ontology token has been a mysterious name in the cryptocurrency markets - and not in a good way. The token, which was distributed via an airdrop - remains to be a mystery with the investors. While the roadmap that the platform offers is an interesting one, it appears that it would be a tough task to deliver what they have promised. Ontology’s prices have also been tumbling of late.

To add to the confusion, there is no certainty as to when the Ontology mainnet would launch. The company has simply mentioned Q2 2018 - and June would be the last month of the second quarter.

The Oyster Pearls token has been gaining much attention of late. With the mainnet launch, a hybrid-blockchain featuring the best of IOTA and Ethereum would come to life and the Oyster Pearls system will finally be able to deliver on the promises it had made. The platform is being seen as a major breakthrough in blockchain-based advertising as it plans on directly connecting content creators with content consumers.

The Oyster Pearls Mainnet launch is all set to take place on the 29th of May. The platform has been releasing frequent updates and have promised to keep all stakeholders in a loop till the launch. Following the mainnet launch, smart contracts, distributed reputation systems and new storage and a revenue model will also be introduced.

Another of the most anticipated mainnet launches, the VeChain Thor is all set to help take the technology to the next level. The team working on VeChain has indicated multiple times in the past that they are planning to roll out dapps on the platform. The platform has been functioning privately since 2015 - and with dapps launching on VeChain - it is going to become more useful than ever before. With the VeChain Thor mainnet update, the platform opens its doors to the public.

The mainnet launch has been announced for the 30th of June. Following the mainnet launch, the name of the cryptocurrency token is also expected to change. Currently, it is based on ERC-20 tokens and is named VEN. However, it may soon change the name to VeChain Thor based VET.

A major name when it comes to the world of cryptocurrencies - it is surprising to think that Tron was still in a testnet phase. In a recent airdrop, Tron distributed 21 Million tokens - building up the hype around mainnet launch. So far, Tron was operating out of the Ethereum blockchain - but is moving to its own blockchain starting 31st of May.

Tron, which has the backing of several major cryptocurrency exchanges is getting its own mainnet launch - and this is likely to set the price of the currency soaring! The developers have been keeping the community updated with all the goings-on towards this mainnet launch and Tron CEO expects that the platform will become much bigger than it has ever been, maybe even surpassing the Ethereum ecosystem in the long run. Watch out for the Tron mainnet launch on the 31st of May.

NULS has been a platform many have overlooked - but it is an idea whose time has come. As NULS heads towards a mainnet launch this summer, it is expected to bring in the much-awaited support for cross-chain consensus and smart contracts. Dapps and cross-chain transactions would now be possible on the NULS network.

The platform has been testing their mainnet launch since March - and are all set to finally deploy it this month. The team behind NULS has been working on various partnerships and the launch is expected to help put them on the map for mainstream investors.