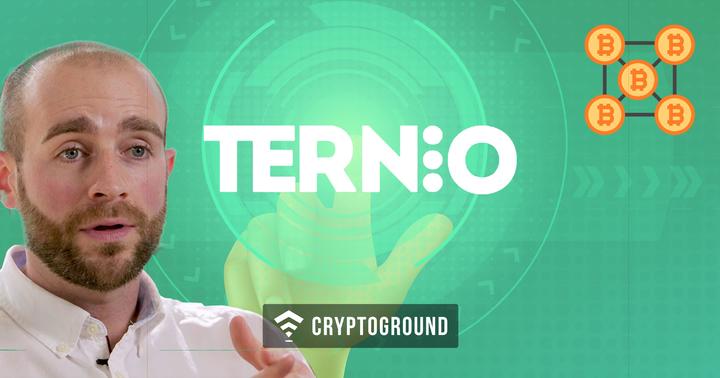 Ternio is a blockchain technology that’s designed for the digital advertising market and aims to offer quick payment delivery on individual impressions. It also provides full transparency on the supply chain from the advertiser all the way to the publisher.

Ian Kane, one of the co-founders of Ternio, comes from a background in digital media, where he noticed a number of issues within the industry. This included delayed payments where publishers were being paid up to four months after an impression. Outside of the payment terms, there is also a push for better transparency in the industry, including preventing advertising fraud. Ternio attempts to solve these issues by using blockchain technology.

A Fix for the Digital Marketing Industry

Currently, digital media is a $224-billion business and includes a lot of moving parts. There could be 20 to 30 middlemen companies that work between the advertiser and the publisher during a digital media campaign. Developing a higher level of transparency allows people throughout the supply chain to know precisely where the payment is in the chain, who is in the supply chain and how much of that money actually makes it to the publisher.

"Anyone who doesn’t know what programmatic advertising is, it's kind of like high-frequency trading on the stock market," explained Kane.

"So when BMW wants to build advertising in Wall Street Journal, they don’t contact Wall Street Journal directly. They actually work through a series of different mediators that essentially high-speed trade that original impression."

As mentioned before, the issue with this chain is that payment to the publisher can take months and a significant portion of that original payment could go to these connector companies. Plus, there is a big problem with advertising fraud, where up to $18-billion is wasted in ad fraud each year. This could include everything from domain spoofing to bot traffic.

It's possible that this transparency could lead to a natural compression of the supply chain, especially if an ad network is only connecting the pipes in the network. Ternio has no control over the chain, but it's possible that a company could be more specific in its campaign and remove that ad network in order to save money.

Ternio uses a combination of Hyperledger and Stellar to offer more transparency and faster payment within the digital media supply chain. The Hyperledger allows for higher scalability, as well as obscuring specific terms of a smart contract. Stellar offers impressions to go through the program and cost only thousands of a penny to be processed.

"Our claim to fame is that we have built a scalable blockchain solution that can support high queries per second of programmatic advertising," added Kane.

The Ternio system works via tokens where an advertiser pays in fiat currency and that’s converted into Ternio tokens in the system and those tokens are what makes their way through the system. At the end of the process, the publisher would then convert those tokens back into fiat currency for their payment. If the contract breaks down at some point, you’ll also have that information and figure out if it is a tech or fraud issue.

"The great thing about blockchain is that they don’t even have to trust Ternio. They can just look at the data that’s being reported on the blockchain," said Kane.

Ternio's pre-sale is currently ongoing until May 21st, with the public sale taking place on June 1st. The company's goal is to raise $40-million US, and there is a finite number of 1-billion tokens. The tokens, themselves, aren’t only the internal currency in the system, but also can be used as utility tokens to access the ledger.

The company is currently focusing on the US market and will later look at expanding into other markets, as it will eventually operate as a global system.  The choice to use an ICO to raise funds is based on want to not only raise money without relying on venture capitalists but also to connect with both the digital marketing and crypto communities.

"We go to digital advertising conferences and we have to explain how blockchain and Bitcoin are not one and the same, and we also have to go to blockchain conferences to explain why BMW has to work through 20 to 30 companies to get on a website," explained Kane.

"Once you walk people through the steps of here's what we're selling, here's why we think we can build a better mousetrap than the other businesses out there, it gets a really good reception."

Ternio is currently made up of a team of a dozen senior-level people, but, post-ICO, it plans to ramp up its sales and marketing departments. The first pilot is being launched this summer with a major ad company, and then the development of the product will continue.

"Once we deliver on what we say we can do, I think it's going to be really transformative. In my opinion, in a few years, you're going to have every ad company trading on some blockchain technology."