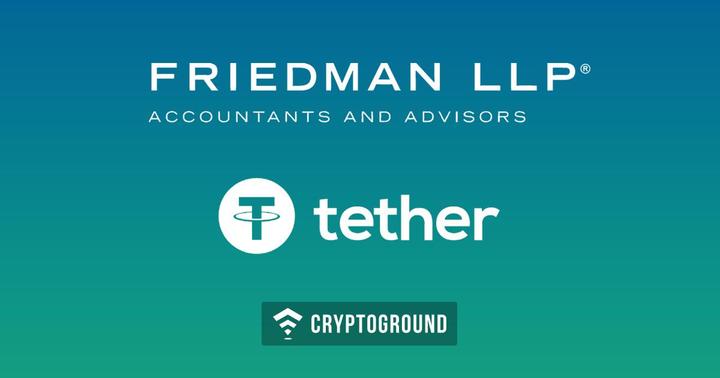 Tether has confirmed the rumor that its relationship with audit firm Friedman LLP is over raising queries on its financial state.

It is an unlikely move considering neither of the companies had issued statements prior to this knowing full well the reactions it would elicit. The Tether community has in the past expressed concern over the network’s financial reserves and whether they are adequate to redeem outstanding tokens.

The company, that has close ties to crypto exchange Bitfinex, hired the audit firm to quell the growing anxiety in its community. In a “transparency update” issued last fall, the Tether team explained:

“Friedman LLP has been engaged to perform historical balance sheet audit procedures for Tether Limited. However, as the amount of Tethers in circulation has increased substantially in recent months, we have also asked Friedman to analyze our bank balances and our issued and outstanding token balance on an interim basis.”

Tether investors deposit dollars onto the network in exchange for the native currency, Tether. According to its own reports, the network claims to have $2.2 billion in reserve as backing for every Tether in the market in the ratio of 1:1.

However, it is impossible to validate those claims unless an audit is conducted to ascertain their existence and confirm that the money has not been used for any other purpose.

There has been mounting suspicion surrounding the issuance of Tether tokens, at times in the ranges of 50 to 100 million units at a go. This raises eyebrows as it is not possible to establish the existence of the supposed investors depositing the funds that would validate such massive releases.

According to a pseudonymous blogger by the name Bitfinex’d, a substantial amount of Tether has been generated artificially in order to boost bitcoin value. To this end, the blogger has posted numerous tweets, YouTube videos and other posts detailing the fraudulent activity.

Bitfinex promised that it would release its financial reports to refute those claims but it is yet to do so. The recent severance of ties between Tether and its auditors further fuels the doubts.

“Given the excruciatingly detailed procedures Friedman was undertaking for the relatively simple balance sheet of Tether, it became clear that an audit would be unattainable in a reasonable frame of time.”

Bitfinex’d is not alone in his/her opinion as another anonymous analyst has added to the suspicion with a report entitled “Quantifying the Effect of Tether.” It draws links between the rise in BTC price and Tether movement on the Bitfinex exchange.

“48.8 percent of BTC’s price rise in the period studied occurred in the two hour periods following the arrival of 91 different tether grants to the Bitfinex wallet.”

Tether and Bitfinex have responded to the allegations terming them as “misinformation” propagated by a “small group of individuals.”

“We have also read online about many outlandish conspiracy theories suggesting that tether is not backed 1:1 by currency on deposit with banking institutions. Any such claim is unequivocally false, and the audits will bear that out.”