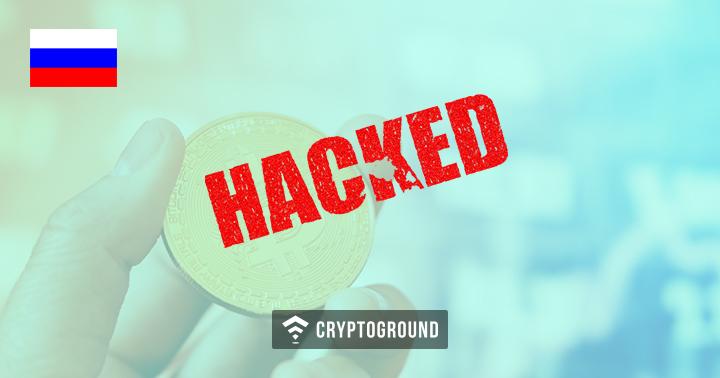 Over the past few years, cryptocurrency related crime has been on a rise. As cryptocurrencies gain popularity, hackers and scammers across the world are devising new, illegal schemes to gain access to more cryptocurrencies. As per the latest reports, the official website of the Khabarovsk county has now been compromised by hackers and it is mining for cryptocurrencies using the processing power of the visitors’ computers.

It has been noted that since the end of May, opening the Khabarovsk county website would redirect users to a malicious website which would use their processing power to mine for cryptocurrencies. This irregularity in the county website was noted by IT administrator Vyacheslav Kovalenko. Reports indicate that this malicious mining activity had been going on for 10 days before being pulled down.

Local news outlets report that this has since been fixed. Following this, the Russian county IT administrators have also recommended users to make use of pop-up blockers which can prevent such instances in the future.

The Khabarovsk county website isn’t really the most popular of websites in Russia - and has an average visitor count of about 600 visitors per day. The website maintains a record of the work which is being done by the county government. Despite the low visitor count, a government website being a victim of such an attack is a matter of concern and needs to be well protected.

This isn’t the first crypto-related crime in Russia. In the past, scientists in the country were arrested for mining cryptocurrencies using supercomputers. Various similar incidents were then noted, another one taking place at government buildings in Crimea and yet another taking place in the Moscow airport. This sort of an attack, where cryptocurrencies are mined by the processing power of the visitors' computers, is called ‘cryptojacking’. It is getting increasingly popular of late and has affected several websites.

Cryptojacking: Crypto-Crime on the Rise

Cryptojacking has become a popular form of cryptocurrency related cyber-crime. It involves injecting a malicious code into websites which leads to unsuspecting visitors mine for cryptocurrencies which are deposited into the account of the hackers. Usually, this kind of attack mines for Monero and makes use of the Coinhive script. In the past, there have been several websites which have been affected by it.

Reports have indicated that there are at least 50,000 websites currently infected with cryptojacking scripts. This number keeps rising with every passing day. Moreover, government websites seem to be susceptible to this kind of an attack as it was noted that several UK Government websites were a victim to this attack. Certain websites of the government of Egypt too, were found mining for cryptocurrencies in a similar way. Moreover, some leading Indian newspapers were also found to be victims of the same attack in the past.

Cryptocurrency related crime has resulted in about $1.1 Billion being lost in the first five months of 2018. While the most popular of crypto-related crimes has been that of exchange hacks, followed by ransomware threats, cryptojacking has been on a constant rise too. Several security research organizations are now giving it a serious thought.

In another recent attack, computers of Indian business giant Aditya Birla group were infected with cryptocurrency mining malware. In fact, cryptojacking has become such a menace that even a YouTube ad was recently infected with a script that would mine using the computing power of the visitors' computers. A similar script was found in a Mac App Store application ‘Calendar 2’ which was mining for Monero using the processing power of the users of the app.