What Is Monero? - Everything You Need To Know About Monero Cryptocurrency 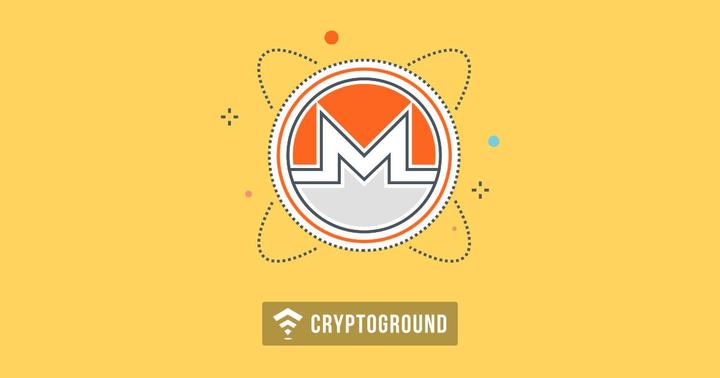 The idea for Monero popped up well back in 2012 when user privacy issues on multiple social media platforms were a major concern. Moreover, Monero was actually the result of a failure of Bytecoin.

Monero might be a completely untraceable cryptocurrency, however, there is a way one can share the details of one’s wallet. Thus, Monero does not go against the rules set by any government.

Additionally, Monero also breaks down centralization when it comes to mining other cryptocurrencies.

Monero is ASIC resistant. This means that the mining power is not concentrated with a few rich people. Instead, anyone with a CPU and a GPU can start mining Monero right away.

Also Read: How to Mine Monero?

This is the main reason why many people prefer Monero for their everyday business.

Let us now dive deeper and understand what makes this cryptocurrency so unique.

The Team Behind Monero Project

The core team of Monero is comprised of just seven people. Just like how no one knows the true identity of Satoshi Nakamoto, the developer of Bitcoin, only two of the five core developers of Monero have opened up to the world. The remaining five have decided to stay anonymous and work from the shadows.

The two developers who have revealed their identities to the world are Riccardo Spagni and Franciscon Cabañas who are more popularly known from their aliases, fluffypony, and arcticmine.

The whole Monero project is open source which means that anyone can view and suggest upgrades to the current working of the network. Monero is a cryptocurrency that is privacy centered, so it makes complete sense that five of the seven developers also prefer to remain anonymous.

The aliases of all the core developers of the Monero project are:

It is this anonymity that gives the developers the freedom to develop and support the Monero project. Hence, we can now see Monero being one of the top ten cryptocurrencies out there.

Also Read: Best Cryptocurrency To Invest in 2018 with Detailed Analysis

Getting started with Monero

In the year 2012, user privacy was the major talking point all over the internet. Social media platforms such as Facebook were heavily criticized for the poor use of privacy control that it offered back then. While everyone thought that your privacy is protected if you use cryptocurrency like Bitcoin, it was found that a particular transaction could actually be traced back to its origin on the Bitcoin network.

Thus, the need for a new privacy-oriented coin was needed. This gave birth to Bytecoin which was released in 2012. However, a major bug on this platform was exploited which resulted in 80% of the total supply of Bytecoin to be available right after the network was released.

In order to keep the project alive, Bytecoin was forked to form Bytemonero. This was later renamed to what we have today, Monero. In order to provide users with privacy features, Monero uses a technology called Cryptonote.

Almost all privacy oriented cryptocurrencies use the cryptonote technology. To provide user privacy, the public keys are grouped together and whenever a transaction is made, the transaction is signed by a group of public keys. This makes it completely impossible for anyone to trace back the transaction to one particular wallet.

There is no upper limit to the maximum number of Monero coins. Additionally, the miner fee is also very low and the transaction gets verified quickly on the Monero network. All this spells on any other blockchain network as it might attract a lot of spam transactions. However, this is not the case for the Monero network.

In order to avoid any spam transactions, there is a preset mechanism where the miners can accommodate only a certain number of transactions onto a single block. Anything more than this size would impact on the mining rewards given to the miner. Hence, the miners would ignore all the spam transactions that have extremely low miner fee attached and thus the normal operation of the Monero chain continues.

How does Monero Work?

Monero is one of the few cryptocurrencies using which a user can have complete control of his privacy. You can choose to share your transaction details with just a few people or the whole world. This is possible due to the way a Monero wallet is designed.

In order to increase the transparency, users can share their private view keys with authorities such as the IT department while filing their taxes. This not only makes the whole process easier but is also one of the reasons why Monero has not been banned by any country.

The Strengths of Monero

Monero is one of the few cryptocurrencies that has strengths in many different aspects.

Even though Monero does not have an upper limit to the total supply, the limit imposed by the dynamic block size and the reward-penalty system ensures that there are no or very fewer spam transactions on the network. Thus, any transaction on the Monero network usually requires very less miner fee and is confirmed quickly as well.

The flexibility offered by Monero when it comes to user privacy is completely unmatched. By using the Cryptonote technology, no transaction can be traced back to its origin. However, due to the way this platform is designed, users can choose to share with some authorities is they wish to. Thus, giving them full control over their privacy.

Even though all the major cryptocurrencies steal the show by saying that they are a decentralized network, we can see that a major part of the network is controlled and mined by a few mining pools. This is due to the development of Application Specific Integrated Circuits (ASIC) that are capable of mining cryptocurrencies at a much faster rate. Thus, people with PC’s and graphics cards have no chance against all this.

Monero, on the other hand, is completely worthless to mine using ASIC miners. The Cryptonote technology is more efficient when mined using a graphics card and processor. Thus, helping to bring back decentralized network to the platform.

How to Buy and Store Monero (XMR)?

Once you bought your first Monero coins, your next mission is to store them in a safe and secure place. The wallet provided by an exchange is not very safe and you should use it to store very less amount of cryptocurrencies that you will use for executing quick trades in the future. The best wallet to store your Monero in is the Ledger Nano S.

If you have invested a lot of money in Monero, you should store it in the hardware wallets. If you cannot afford to spend more money to buy a hardware wallet, you can always use the official Monero wallet. Alternatively, you can also use the Moneroju wallet to store your Monero as it offers great security and has an extremely user-friendly user-interface for you to navigate through.

No one can be certain about the future of any cryptocurrency. Things can go either way for any coin in the near future. Monero does exactly what you can do using Bitcoin, except, you can transact without anyone knowing that it was you on the Monero blockchain.

Privacy plays a vital role in all our lives. Hence, a privacy-centered cryptocurrency such as Monero has a very promising future ahead. Moreover, it is extremely easy for users to share the details of their transactions as well.

Sharing transaction details with governments gives them an assurance that a privacy-oriented cryptocurrency is not being used to fuel illegal activities.

By employing ASIC resistant algorithms, Monero is also striving towards a more decentralized ecosystem. Thus, bringing back the trust of the people into this network. By distributing the power, the network is more secure than other cryptocurrencies.

Additionally, the core team behind Monero are extremely active developers. All this combined with a huge community following, Monero seems to be climbing up the ladder very quickly.

How is Monero (XMR) better than other cryptocurrencies?

Almost all the popular cryptocurrencies are controlled by the few mining pools that have managed to acquire a large chunk of mining power. This was made possible due to the introduction of the ASIC miners. Even though these miners look small, they are extremely powerful and at the same time very expensive.

As only a rich few can afford them, they hold the majority of the hash power of the network. This completely destroys the idea of decentralization in cryptocurrencies.

Monero has the perfect solution to this problem. By using a mining algorithm that is ASIC resistant, Monero gives back the power of mining to the general public. As more people start mining Monero using their CPUs and GPUs, the network becomes more decentralized. Thus, Monero employs a method that is better than any other cryptocurrencies.

Should you invest in Monero (XMR)?

User privacy will play a major role in all our future. As Monero is one of the very few privacy oriented cryptocurrencies out there, it will undoubtedly flourish in the bull run that will come very soon. So, now would be the perfect time for you to invest in some Monero and store it over a longer period of time.

By default Monero is a completely private coin. However, users have the ability to share their view key in order to make the transactions transparent to whomever they want to share it with.

Monero is still is its early stages and is not in a position to take on the likes of Bitcoin as of now. However, privacy is a major concern for people around the world. Thus, Monero could be the cryptocurrency to dethrone Bitcoin in the future.

Even though the wallet did not exist initially, it was developed later on and can be downloaded from their official website.

Privacy has become a very important part of our daily lives. Not many payment methods honor user privacy. Monero is one of the first cryptocurrency that allows users to have full control over their privacy. Thus, it will definitely make it out of this bear market and flourish in the bull run that is right around the corner.