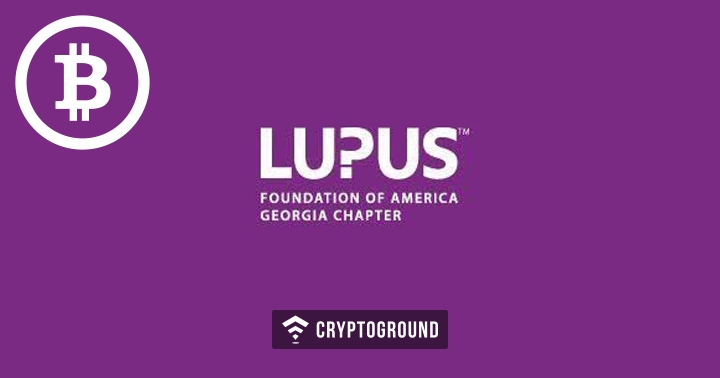 The Lupus Foundation of America, a national voluntary health organization to solve the mystery of lupus disease, has started accepting donations in the five cryptocurrencies: Bitcoin (BTC), Ethereum (ETH),  Litecoin (LTC), Bitcoin Cash (BCH), and Ethereum Classic (ETC). The donations can be made online.

The Foundation will be working with The Giving Block, a blockchain consulting firm that helps non-profit organizations accept crypto and fundraise via cryptocurrencies, to grow its use of blockchain.

The Internal Revenue Service (IRS) classifies cryptocurrency donations as property, meaning they are not subject to capital gains tax and are fully tax deductible. By accepting cryptocurrencies, the Foundation is offering supporters with cryptocurrency portfolios the ability to support the organization in a tax-efficient way.

“We recognize the benefit of accepting cryptocurrency and the groundbreaking nature of blockchain technology. With this new capability, we are also looking forward to expanding into accepting more cryptocurrencies as well as how we can leverage blockchain to elevate our impact as we see more individuals and organizations using this technology.”

Founded in 1977, the Foundation implements programs of research, education, and advocacy on lupus. Lupus is a chronic autoimmune disease that can damage any part of the body (skin, joints, and/or organs). More than 16,000 new cases of lupus are reported each year across the United States.

The charities are accepting increasing amounts of digital or virtual currencies. The Silicon Valley Community Foundation, one of the largest charities in the United States, has held a third of its US$13.5 billion investments – nearly $4.5 billion – in digital assets. Fidelity Charitable, the top US charity in terms of the donations it amasses annually, said digital money was its fastest-growing category in 2017.

Ripple, the Google-backed cross-border blockchain payments company, launched a formal social impact program 'Ripple for Good' last month, focussing on projects related to education and financial inclusion. The company committed an additional US$25 million for this initiative. It has already made donations worth more than US$80 million over the period, making the total donations exceeding US$100 million.

In July, one of the world's largest cryptocurrency exchanges Binance donated US$ 1 million to help out the victims in West Japan that were affected by the heavy rains on July 7, 2018. In June, Brian Armstrong, the co-founder and CEO of US-based popular cryptocurrency exchange Coinbase launched a charity platform GiveCrypto.org, aiming to raise US$1 billion in the next two years. In May of this year, the Pineapple Fund by one anonymous investor achieved its target of donating over $55 million in Bitcoins. The actor Ashton Kutcher also donated US$4 million Ripple (XRP) to Ellen Degeneres’ Wildlife Fund in the same month.

VISA/MasterCard Accepted: Where to Buy Bitcoin With a Credit Card?