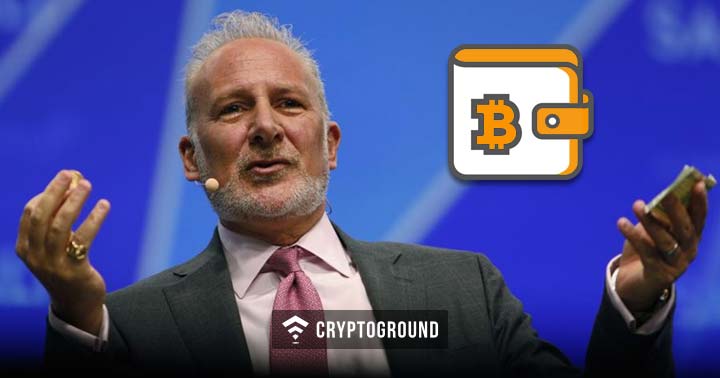 Peter Schiff, the famous Gold bug and a big-time Bitcoin naysayer was the talk of the crypto Twitter after he tweeted about freezing out of his Bitcoin Wallet. Schiff tweeted that he has been locked out of his Bitcoin wallet and it was no longer accepting his old password. He used the opportunity to bash Bitcoin again claiming that the Bitcoin network was not safe and he was not devastated with the loss as he received all those Bitcoins as a gift.

I just lost all the #Bitcoin I have ever owned. My wallet got corrupted somehow and my password is no longer valid. So now not only is my Bitcoin intrinsically worthless; it has no market value either. I knew owning Bitcoin was a bad idea, I just never realized it was this bad! pic.twitter.com/6SJvDJOZU6

Since all the Bitcoin in my corrupted wallet were gifted to me, it's not that great a tragedy for me that they're lost. "Easy come, easy go," is especially true for #Bitcoin. My plan was to HODL and go down with the ship anyway. The difference is that my ship sank before Bitcoin.

A majority of the Twitter users were sceptical of Schiff’s claim as he did not mention which wallet he was using and how much funds were there. When a few members pointed out that he can still recover his funds safely using the recovery phase, Schiff went into “Bommer” mode claiming he never saved the recovery phrase.

Schiff’s accusation that the Bitcoin network is unsafe was totally uncalled for as people mentioned that his motive seems to be more about bashing bitcoin than safely recovering his funds.

Was Peter Schiff’s Wallet Hacked or Was it Under Upgradation

Many crypto users also noted that the problem expressed by Schiff about locking out of his wallet could also possibly be because of a major wallet upgradation process, where often the user is locked out of their account at the time of upgrade to avoid any transactions. However, Schiff never looked interested in knowing the possible reasons behind the issue he was facing.

Peter Schiff is a well-known gold proponent who likes many other Bitcoin naysayers believe that Bitcoin’s market value is just speculation as it has no intrinsic value.