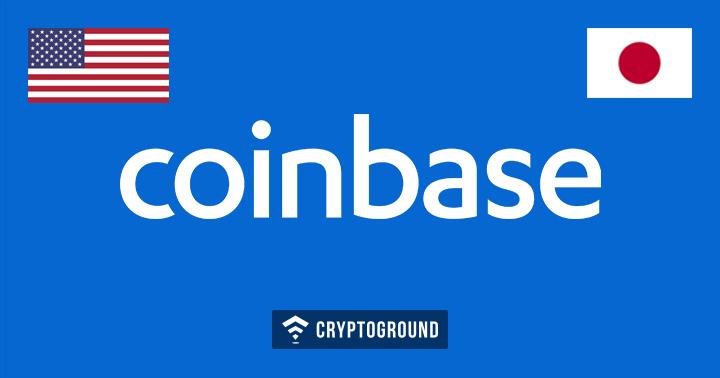 US-based popular cryptocurrency exchange Coinbase has expanded into Japan, a crypto-loving nation. The company has opened a new office there under the leadership of fin-tech steward Nao Kitazawa as the CEO. Kitazawa has previously worked as the Chief Operating Officer (COO) at Money Design and also at Japan’s branch of Morgan Stanley.

Coinbase will have to apply for a license with the Financial Services Agency (FSA) to operate in the country.  “As in other markets, we plan to take a deliberate approach to our rollout in Japan, which means working hand-in-hand with the Japanese FSA to ensure compliance with local laws at every stage,” said Dan Romero, Vice President and GM of Coinbase.  Coinbase has been a strong advocate for policies throughout.

Coinbase will tie up with its already existing investor, Mitsubishi Financial Group (MUFG), a Japanese financial powerhouse, for expansion into the country. MUFG has already invested over 1 Billion Yen in Coinbase since 2004. The investments have been through their subsidiaries, Mitsubishi UFJ Bank and Mitsubishi UFJ Capital.

Japan is proving to be a hotbed for cryptocurrency trading even though it has strict laws and regulations. Recently, BitTrade, a popular Japanese crypto exchange was acquired for a whopping $50 million last by a Singaporean Entrepreneur. The investor became the first foreign investor to hold a 100 percent stake in an FSA-licensed trading platform.

Overall, Coinbase has been on the expansion spree. Recently, it launched four new products and services for institutional investors, namely Coinbase Custody, Coinbase Markets, Coinbase Prime and Coinbase Institutional Coverage Group. Earlier in May, it also stated that it is attempting to obtain a federal banking charter for the United States operations.