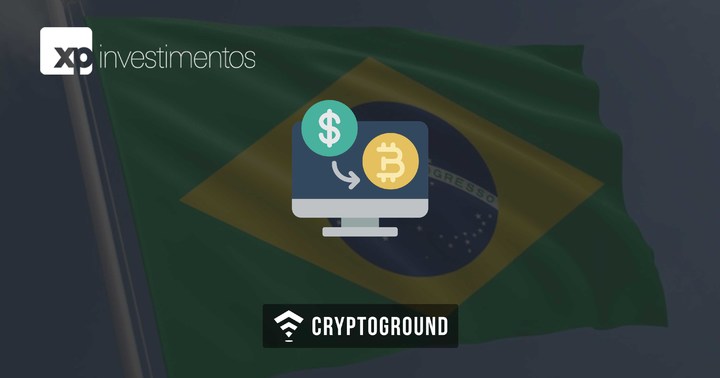 Brazil’s biggest investment firm, XP Investimentos is all set to launch a cryptocurrency exchange in the country, reports from local media outlets indicate. The entry of this firm into cryptocurrency markets is a big deal for Brazil because of the sheer scale at which it operates at. XP Investimentos has over 500,000 active clients and is currently custodians of a capital worth R$ 120 Billion (USD: $35 Billion).

Reports indicate that XP Investimentos has recently registered a new company with Brazil’s Department of Federal Revenue. As per the registration documents, the capital of the company is about R$ 25 Million (USD: $7.3 Million). The company which has been registered is named XDEX Intermediacao LTDA. The revenue document filed with the Department of Federal Revenues lists three XP Investimento Employees listed as partners and administrator.

This company had actually started off with a much lesser capital back in the August of 2017 with the name of XP Coin Intermediacao. However, earlier this year, 80% of the existing capital was added to it - and the company was renamed to XDEX Intermediacao LTDA. Data from the Department of Federal Reserve shows that the company is associated with XP Investimentos. A website has also been registered at xdex.com.br but it is inaccessible as of now.

While this is too early to speculate the kind of offerings that XDEX will offer once it goes live, sources close to the project have told the local media outlets that this company will largely deal with over the counter trading of cryptocurrencies. A loose translation of the text from the report reads:

“It is not yet known what service the new brokerage will provide. A source, who did not want to be identified, said that the action will be in the so-called over-the-counter market. That is: focused on movements of large volumes of capital and BTC.”

A deeper look at XP Investimentos reveals that the company has been researching on Bitcoins for quite some time now. Back in October of last year, the company had registered the ‘XP Bitcoin’ brand, stating that they were ‘studying the markets’ at the moment. The next step in this direction came when XP Investimentos hired Fernando Ulrich, one of the sharpest minds when it comes to cryptocurrencies in Brazil.

With XP Investimentos having an established name and credibility in the markets - as well as large funds and client base to back them - their entry is going to cause a disruption not just in the Brazilian cryptocurrency markets, but in the entire South American region looking for a credible name to enter the markets!

CULedger to use R3's Corda Settler for Blockchain based Cross-Border P...