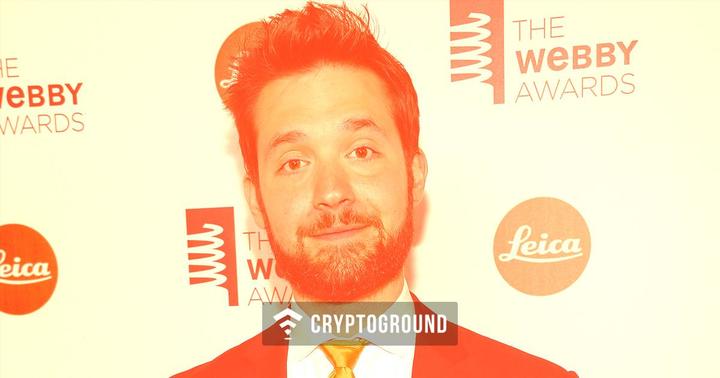 While the cryptocurrency market cap continues to fall, there is no decrease in the global enthusiasm around cryptocurrencies. The latest name to show confidence in cryptocurrencies is Alexis Ohanian, the co-founder of Reddit, who has decided to take backseat in his day-to-day operations at Reddit to focus more on his venture capital fund, Initialized Capital.

The firm is still at an early stage and current plans are for the firm to invest into cryptocurrencies. Ohanian is known for his investments in blockchain technology in the past. In the past he has invested in MediaChain, Buttercoin, Coinbase as well as a number of other similar companies.

Despite prices falling and a number of people speculating if cryptocurrencies are a sustainable choice for investment, Ohanian looks confident. He believes that there’s still a lot to explore in the world of cryptocurrencies as this is still a very young technology. With Initialized Capital, Ohanian’s focus is going to be towards investing in early-stage Blockchain technologies.

Over the past six years, Initialized Capital has been investing in these technologies and its portfolio has gone up from $250 Million to $20 Billion. Ohanian’s decision to step down from his regular position at Reddit was reported by the Wall Street Journal. Reddit, since its inception - has grown into perhaps the most active internet forum today. The website has subreddits where millions of discussions take place every day. It has grown into a self-sustaining global community.

Reportedly, Ohanian has decided to take this step towards taking a more active role in Initialized Capital based on a number of personal and professional factors. On the personal front, his marriage to tennis superstar Serena Williams and the birth of their daughter is a motivating factor. Professionally, the renewed growth of Reddit has given him confidence of looking at other opportunities now.

Ohanian is one of the most well known and popularly recognized faces when it comes to internet technology. He has been hailed as ‘Mayor of the Internet’ by Forbes magazine in the past. Over the past few weeks there has been a rise in institutional investors into the cryptocurrency markets. Many former top-bankers have been setting up their own VC firms. In another such popular example, Peter Thiel’s Founders Fund too, has been heavily investing in cryptocurrencies.

Market experts predict that it is these institutional investors and Venture Capital firms who will help drive the growth of cryptocurrency in 2018. It will be interesting to see how Initialized Capital performs now that Alexis Ohanian is giving it a full time attention. However, it is worth keeping in mind that while he isn’t an active face involved in day-to-day operations, Ohanian continues to be a member in Reddit’s board of directors and would still have a major voice when it comes to big decisions.