What is a Decentralized Exchange: Advantages, Disadvantages and How to Choose 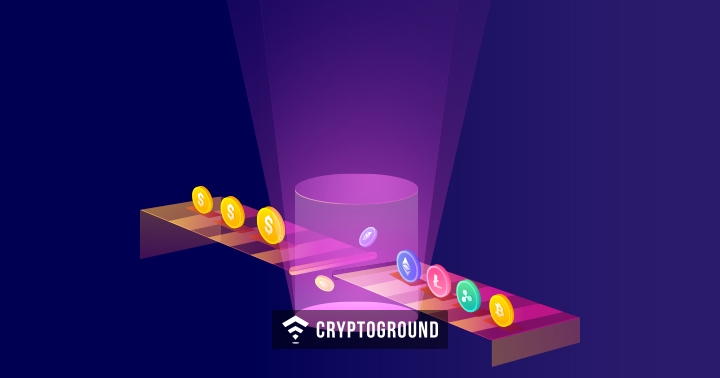 Before we get into the discussions of what a decentralized exchange is - let us first talk about the concept of decentralization - and how it was the core reason behind the creation of cryptocurrencies:

Before Bitcoin was created - one of the biggest problems was that banks were a centralized system which controlled the flow of money. Banks reported to governments and there was one central banking authority which made all the laws and regulations for banking in a region.

However, cryptocurrencies were created to reverse this and to decentralize the power. Instead of a central banking authority - an automated system based on mathematical algorithms which could be used for the purpose of transactions. Decentralization has always been at the core of cryptocurrencies as a concept.

What is Centralization Crypto-Exchange?

Security issues in the world of cryptocurrencies have been dime a dozen. Over the past several years there have been some major flaws which have been exploited in cryptocurrency exchanges leading to a loss of billions of dollars. The Mt. Gox hack of 2014 and the Coincheck hack of 2018 are among two of the biggest hacks of all times - and close to a billion dollars have been lost in just these two hacks.

There is a strong need for a method in which cryptocurrencies can be exchanged and traded without there being a need for a centralized, third-party organization which may put the user safety at risk. The solution to these problems lies in a decentralized exchange!

What is a Decentralized Exchange?

Now that you understand the problem that centralization poses in the world of cryptocurrencies, let us take a closer look at what a decentralized exchange is - and how it intends to bring about a change in the way things are currently functioning.

Before heading further, let us understand that cryptocurrency exchanges store the private keys of the wallets either on their server or a third party server where a large number of keys are stored together. This basically means that if the exchange is hacked or if the third-party service provider is hacked - all the keys would be in control of the hacker and all those wallets would be at a risk.

However, if these cryptocurrencies were not to be stored in this fashion - but every user had access to their own funds stored in their own hardware wallet or PC, it would be much safer. Even if the user gets hacked - it would still not lead to a mass hack where all the other users would be affected. This is how decentralized exchanges function.

To put it in even simpler words, unlike centralized cryptocurrency exchanges, decentralized exchanges do not have a third-party service or a middleman which has access to the private keys. Each user has their own keys and it is a much safer environment.

In a decentralized cryptocurrency exchange, trades take place on a peer-to-peer basis. This means that users can trade with other users and the currencies will be transferred from each others wallets rather than from wallets stored in a cryptocurrency exchange. To ensure that the trades take place safely and that there is no risk of fraud, exchanges can offer an escrow service where each party would deposit their funds and both the parties would get the funds only after both of them have upheld their end of the deal.

Advantages and Disadvantages of Decentralized Exchanges

The biggest advantage and the most basic reason why there is a need for more decentralization in cryptocurrency exchanges is because it enhances security. As explained above, decentralized exchanges provide the users with a better security because there is no third-party service which is used to store their currencies and users have complete control over the security of their cryptos.

Of late a number of countries have been imposing strict laws on cryptocurrencies and cryptocurrency exchanges. Some countries such as Chile and India are also issuing banking embargos on cryptocurrency businesses. Peer to peer networks that decentralized exchanges have to offer are often a great solution to government hostility as they are not located at a single location and cannot be ‘banned’ or ‘outlawed’.

Considering that decentralized cryptocurrency exchanges are often used to bypass regulatory sanctions, owners of decentralized exchanges usually like to remain anonymous. However, considering that anonymity has been a big part of the crypto-culture for years, this might not bother many users if the exchange has a proven track record of a few years. Anonymity and cryptocurrencies go hand in hand, after all we still don’t know who Satoshi Nakamoto is!

A major drawback when it comes to decentralized exchanges - they are not beginner friendly. Especially for a user who is an absolute first-timer to the world of cryptocurrencies, DEX platforms can be a little overwhelming. Unlike centralized platforms - they are not heavily reliant on a user-friendly UI. However, this is a trend which is changing for the good.

How to Choose The Best Decentralized Exchange?

One of the most basic factors that is to be considered is that - is the exchange user friendly? While some users who already have an experience in trading may find it slightly easier to adapt to a decentralized platform, users who are absolute first-timers may find it quite hard to understand. One must consider how easy to use the platform is before deciding to stay with it long-term.

The transaction fees also needs to be considered. While some exchanges tend to have 0% or very low fees, there are some which would still charge a significant transaction fees. This is particularly valid when making use of the exchange’s escrow service which would charge the users for a secure transfer of money. This needs to be checked before deciding to go with an exchange.

In an age where government surveillance has been increasing, as well as surveillance by private firms has been making it to the news frequently, privacy has become a rare commodity. Given that privacy and anonymity are two major elements of the world of cryptocurrencies, one needs to check if the decentralized exchange that they are opting for offers the desired level of privacy.

Security is a major concern - and the biggest reason behind the formation of decentralized exchanges! One must make sure that the exchange is secured and it offers the users with security options such as 2 Factor Authentication. While security is less of a concern on a decentralized platform as opposed to a centralized one, it is always better to be safe than to be sorry!

Another rule which is the same for decentralized as well as centralized platforms - customer service is quite important. You must look out for how quick the company is in getting back to you in case you face any difficulties. The faster the turn-around time, the better the customer support.

Conclusion: Are Decentralized Exchanges The Future?

Decentralized exchanges are a relatively new concept. It is catching on but it is yet to become mainstream. However, when you take a look at the way the markets have been moving, it appears that there is a strong chance for decentralized cryptocurrency exchanges to become the norm in the future.

The recent Coincheck hack is still a fresh wound in the memories of many who lost their money in it.  The Mt. Gox trustee continues to sell large amounts of Bitcoins that he holds - which has been a consistent factor in affecting the Bitcoin price adversely. As more and more users grow aware of this peer to peer based system where transactions can be made in a secure manner - DEX continues to grow in popularity.

Make sure to check out our guide to the best decentralized exchanges of 2018 for a better understanding of the kind of options that you have when it comes to DEX platform and the unique benefits of each of these platforms!

Horizen Labs raises double the amount in Seed Funding to develop Side...