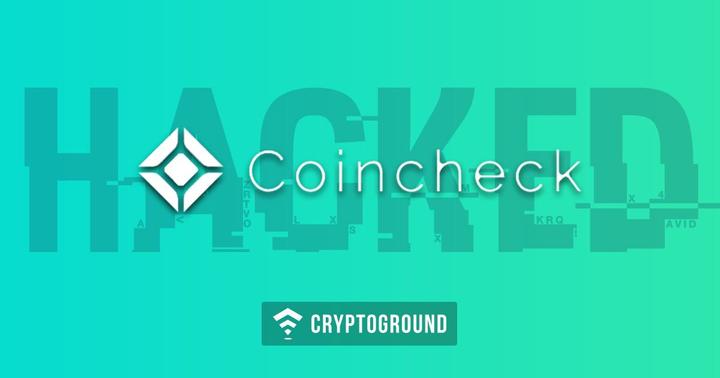 Coincheck, a Tokyo-based cryptocurrency exchanged, has confirmed that it has been a victim of a cryptocurrency hack which led to the loss of 58 billion yen ($533 million) worth of virtual money.

During a late-night press conference on January 26, 2018, Coincheck president Wakata Koichi and Chief Operating Officer Yusuke Otsuka stated that the estimated amount of virtual money lost after the hacking incident is 58 million yen. However, a representative from the firm mentioned via Twitter that the accurate amount of virtual money stolen is still not identified and that further checks need to be carried out.

As a result, it halted all its operations and XEM’s price has tumbled to around 10% as at press time. NEM is Coincheck’s protocol token and the tenth largest cryptocurrency before the hacking attack. From $1.01, the price of XEM is at $0.88 now.

Notably, Tokyo-based Mt.Gox also suffered from a hacking attack in 2014 and declared that $340 million was stolen. This led to the collapse of MT. Gox in February 2014. Since then, the Mt. Gox hacking attack has been dubbed as the largest cryptocurrency theft since the advent of bitcoin. However, since Coincheck suffered from a $533 million loss, it is now considered the largest cryptocurrency theft in history.

Rumors stating that lax security measures had been the root cause of the hacking attack have been circulating after Coincheck confirmed that a hacking attack indeed happened.

In fact, Yuji Nakamura, a tech reporter in Tokyo who was one of the attendees of the Coincheck press conference, tweeted that the cryptocurrency exchange didn’t even use multi-signature for XEM transfers. The use of multi-signature is pivotal since it is an additional layer of security for any cryptocurrency transaction.

“As far as NEM is concerned, tech is intact. We are not forking. Also, we would advise all exchanges to make use of our multi-signature smart contract, which is among the best in the landscape. Coincheck didn’t use them and that’s why they could have been hacked. They were very relaxed with their security measures.”

It is still unclear how the hack was done but Wong claimed that all tokens were stolen using one account only.

Coincheck also announced a wider suspension of cryptocurrency withdrawals. Except for bitcoin, trading of all cryptocurrencies has been restricted. Some deposit methods have also been stopped.

The executive members of Coincheck further announced that the company is looking into compensating its users.