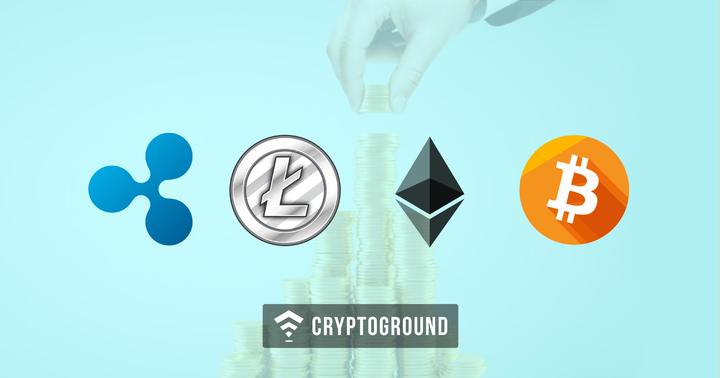 Before we jump into the various cryptocurrencies and the effect of investing in these currencies, we must understand the basics about its background. The currency is neither issued by any regulatory authority nor verified by any banks. The main question that remains to be answered is can one convert this cryptocurrency into cash? While the answer is a thumping “YES” to that question, it is important to find a person willing to exchange your cryptocurrency for fiat currency, like dollars! However, many governments don’t approve of cryptocurrencies as it has the capacity to challenge their authority and undermine official currencies. Yet, it remains to be one of the most secure currencies being based on a blockchain.

When it comes to cryptocurrencies, there have been two very different schools of thoughts, one propagating its bullish behaviour to invest in Bitcoin as it stands at its all-time highs, and the other school of thought which says this might end in huge losses owing to speculation in the cryptocurrency market and lack of any rules or regulations. While investing in Bitcoin during its early days has been lucrative as most of its original investors sold the same during late 2017 when Bitcoins reached its all-time high. But the same returns have been absent for those who bought during its all-time high. As recent weeks reports suggest, the price has dropped and continue to plunge.

Ethereum was founded by Vitalik Buterin who was well-versed in Bitcoin and he created a different block-chain system than Bitcoin to overcome its limitations. It has its own currency called Ether based on blockchain called Ethereum which can also be created by virtual mining. During its early days, there was an increase in the value of Ether as it uses a general purpose scripting Blockchain. This has made its value to skyrocket in recent times as many open source programs have been created on it. Experts say that it might surpass Bitcoin one day. Since the ENTETHALLIANCE (Enterprise Ethereum Alliance) there has been a huge pool of talent in this niche and people are able to bet on Ethereum’s potential.

Unlike other cryptocurrencies, Ripple is not decentralized, Ripple is essentially a private Blockchain created by the banks with permission for their personal use. They simply use it for transactional purposes and hence it is not so distributed. Banks own 70% of the value, hence they can inflate and deflate the price as they wish. But it is a super fast blockchain and has the potential to revolutionize the banking system and international money transfer.

Litecoin is regarded as the clone of Bitcoin but only as a cheaper and faster version useful for smaller transactions. The all-time high is $50. But it is a redesigned Bitcoin and is expected one day to get rid of the shortcomings of Bitcoin. If you are looking for an under-valued, long-term investment this might be just your thing.

Experts say that the technology behind these cryptocurrencies is the real innovation, rather than the currency itself. Hence, this has brought about a plethora of innovations on the blockchain with decentralized apps and smart contracts.

Some say investing in cryptocurrency is based on how you define the word "investment". Traditional investors look to gain a profit from the investment and be aware of all the cycles of the asst. Cryptocurrency just might not be the way to do it. As cryptocurrency is easily, one of the riskiest assets in the market right now, indisciplined investing in these can result in cataclysmic losses.