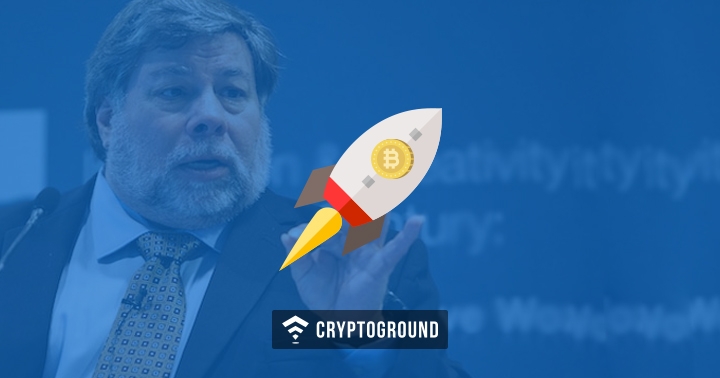 Steve Wozniak, one of the most charismatic individuals in the Silicon Valley and the co-founder of Apple, has shown keen interest in the world of cryptocurrencies and blockchain tech over the past few months. As per the latest update from Wozniak, he is working with Equi Capital, a crypto startup. The Woz also compared cryptocurrencies currently to be in a place where the internet was in its early days. Let us take a closer look:

This announcement of him being associated with Equi Capital came when Wozniak was speaking at the Chainxchange blockchain convention. At the event, he said:

"I'm involved with, very soon, my first time being involved in a blockchain company. [It’s] called Equi. Our approach is not like a new currency, or something phony where an event will make it go up in value. It’s a share of stock, in a company."

Equi has had a history of not being able to perform as well as expected. The platform was supposed to have an ICO, and had managed to raise $7 Million in private pre-sale. However, when the ICO opened up for public investments, it did not attain the targets and had to be cancelled and investors were refunded.

Following the cancellation of the ICO, the company then decided to go with a bounty scheme for promoting the platform. However, their partner agency decided to stop collaborating. Moreover bounty schemes too, are under scrutiny from the Securities and Exchanges Commission (SEC) of the US as they have been claimed illegal.

As of this writing Wozniak has not expressed exactly what his role in the company would be. However, he appears to be quite positive about the growth of the firm. Wozniak commented on Equi Capital, saying:

"This company is doing investment by investors with huge track records in good investments in things like apartment buildings in Dubai. We have one person in our group who has listed out a whole apartment building for Bitcoin. We might be starting up in Malta around the time of their blockchain conference. Some countries are very positive about [blockchain] the same way they were about electric vehicles."

In the past, Wozniak had commented on Bitcoin becoming the 'worlds single currency' and that ‘Ethereum can be the next Apple’. Wozniak has also been investing in cryptocurrencies - and reportedly made some good buying and selling decisions too! Considering that this is the first blockchain/cryptocurrency project that Steve Wozniak has been associated with, many in the tech community are rather surprised that he chose to go with such a controversial name.