Steve Wozniak Bought Bitcoins When The Price Was $700, Cashed Out At Just The Right Time! 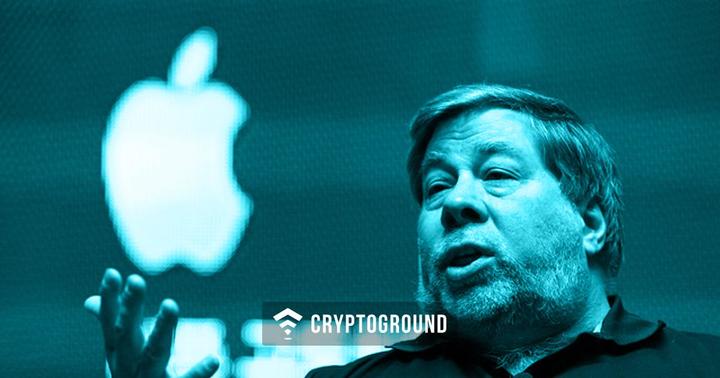 Steve Wozniak is a legendary figure in the world of technology and one of the most prominent faces of the Silicon Valley. ‘The Woz’ has often expressed his opinion on various contemporary technologies, including Bitcoins. In a recent interview, the Apple co-founder revealed that he bought Bitcoins when they were priced in at $700 and sold them just at the right time!

Wozniak says that he had been trying to buy Bitcoins for quite some time, when they were priced in at $70. However, he said that back then there was a need for a special bank account in special banks to buy these cryptocurrencies so he didn’t proceed. The Woz claims that he got hold of some Bitcoin when the price was at $700. Wozniak is perhaps one of the smartest Bitcoin investors as he sold it at just the right time.

The Apple Co-Founder says that he sold it off not to make a profit, but because these price fluctuations were stressing him out. He claims that back when he bought Bitcoins, he was quite curious about the technology. "I had bitcoin to experiment with and when it shot up high, I said, 'I don't want to become one of those people that watches it, watches it and cares about the number.' Wozniak said during a recent interview in Sweden.

He pulled out just at the right time, because in just a few days after The Woz pulled out, the cryptocurrency markets collapsed and the prices started to fall. Bitcoin, which peaked in at close to $19,800 in Mid-December hit a two month low of $7,800 recently. This is a fall of about 59% since it reached the all-time high mark. Steve indeed saved himself from a lot of stress by cashing out at the right time!

Steve Wozniak is known not just to be a tech expert and for being Apple’s co-founder, but also for being one of the most jovial and happy-go-lucky natured people in the tech industry. In this interview, Wozniak said that: "Part of my happiness is not to have worries, so I sold it all — just got rid of it — except just enough to still experiment with.”

While Wozniak is just curious about Bitcoins, there are many in the industry which have adapted Bitcoin, such as Microsoft, which accepts Bitcoins over their online stores. There has also been a major flow of Bitcoin usage in the retail space too, as a number of retail outlets have been tying up with cryptocurrency exchanges to accept cryptocurrency payments. While 2017 was the year we saw mass awareness, could 2018 possibly be the year we see mass adoption of the technology?

XRP Transactions Are Growing And Accumulation Is Ongoing, Waiting For...