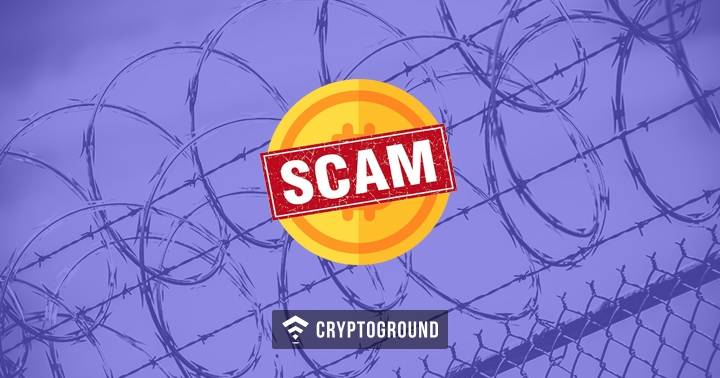 With the rise in the awareness about cryptocurrencies, a large number of scammers are moving towards crypto-scams. Such incidents are rising in India, where a number of cryptocurrency based scams are emerging almost every day. The most recent such crypto-crime syndicate was busted from Mira Road in Mumbai, India’s financial capital.

The modus operandi of these scammers was to call up foreign residents, primarily based in the US - and ask them to pay the ‘loan tax’ that they owe to the Inland Revenue Services (IRS) in form of cryptocurrency payments. Seven people ranging between the ages of 22 to 42 were busted and several computers were seized from their office. The police raided after they were tipped off about this scam, reports from Indian newspaper Hindustan Times reveal.

Interestingly, two years ago, India had witnessed another major cryptocurrency crime of a similar nature where calls would be made to the victims and they would be asked to pay their taxes in the form of cryptocurrency. Back then, the scale was much larger and over 6,400 US residents were duped by the fraudsters. As of now, investigations are still going on as to how many people were affected by this group of scammers.

As per the newspaper reports, the identity of the arrested individuals has been revealed as Juber Shaikh (26), Sabio Gonsalvis (42), Raju Rathod (29), Harsh Anwar Kazi (23), Siddharth Pillai (22), Saurabh Jha (29) and Siddhi Nair (29). Most of the arrested individuals were in their 20s - and the oldest member involved in the team was a 42 year old.

Such scams have been very common in India in the past where scammers would call up unsuspecting citizens and pretend to be from the IRS or from a loan company, asking them to clear their dues or face legal action. Most of these payments in the past would either be in the form of electronic transfers or in the form of gift card payments.

Cryptocurrency-related crime is rising in India. Bitconnect, which was one of the biggest cryptocurrency scams going on around the globe had also lured in a large number of Indian consumers. Earlier this month, Divyesh Darji, the head of operations (Asia region) for Bitconnect was arrested as well - this scam is worth thousands of crores. Another arrest was made earlier this year when Amit Bhardwaj, the mastermind behind the ‘GainBitcoins’ scam was arrested in Bangkok.

In addition to these arrests, one of the biggest cryptocurrency scams which has been going on for months is currently being investigated by the Criminal Investigation Department of the state of Gujarat. This case involves a builder who kidnapped Bitconnect promoters in Gujarat, and was then double-crossed by a local politician who demanded a bigger ransom or else he would expose everyone involved. As of this writing, close to a dozen arrests have been made but the primary accused are still at large and are absconding.