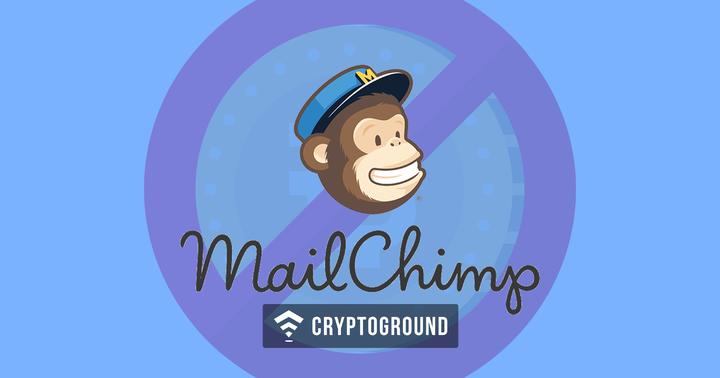 Much of the popularity of cryptocurrencies is due to social media platforms as people tend to form communities and discuss these digital currencies there. However, social media also acts as the perfect advertising platform for paid promotions of these currencies. A number of fake ICOs and fraudulent cryptocurrencies have been taking the benefit of these platforms to advertise their offerings and lure users to invest their money. A number of platforms have restricted and banned these kinds of ads and MailChimp has now become the latest platform to join the fight.

The latest announcement now comes from Mailchimp which has announced a blanket ban on certain cryptocurrency and ICO related advertisements. However, the Mailchimp ban is partial, as opposed to the blanket ban that has been put by other social media platforms.

In a Tweet, the popular email marketing company has stated that "cryptocurrency-related information isn't necessarily prohibited," provided the sender is not selling, trading, storing or marketing cryptocurrencies. The policies of MailChimp will be updated on April 30 and it is then that this restriction will go into effect.

MailChimp has stated that they are banning cryptocurrency campaigns because they are "too frequently associated with scams, fraud, phishing, and potentially misleading business practices." The company further stated that "We made this decision to update our Acceptable Use Policy in order to protect the millions of businesses that use MailChimp for their marketing.”

While the fight for a crypto-scam free internet continues, more and more names have now begun to join this list of companies which are banning crypto-advertising. The first platform to do this, however, was Reddit in 2016. Unlike modern-day companies, Reddit had imposed a silent ban on such sort of ads and have tightened their policies recently which will not even allow google-cached ads to display crypto-ads on their platform.

Most of these restrictions from various social media platforms are likely to be retained till governments across the world come up with tighter regulations which can detect and prevent ICO scams and cryptocurrency frauds from happening! MailChimp has officially updated the policies section which now reads:

Also, we cannot allow businesses involved in any aspect of the sale, transaction, exchange, storage, marketing or production of cryptocurrencies, virtual currencies, and any digital assets related to an Initial Coin Offering, to use MailChimp to facilitate or support any of those activities.