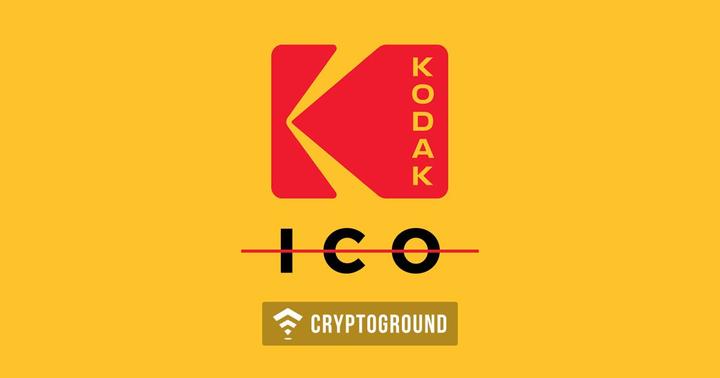 Kodak has indefinitely postponed the launch of their ICO that was scheduled for January 31 leading to a massive drop in share prices.

The company said that it still needs a few more weeks to conduct an evaluation on its potential investors.

The project seemed to have gotten off to a great start when immediately after announcing that they would be launching a blockchain product, Kodak shares saw a more than 200% rise in value in a few hours. Furthermore, during the Pre-ICO, the company has managed to sell more than 8 million KodakCoins.

The end of the pre-sale was supposed to signal the start of the ICO according to a company press release. However, just a day before the ICO kick-off, it explained that it would have to delay the event as it verifies the accreditation status of potential investors according to SEC regulations.

The ICO which would be offering securities as exempt offerings would not have to register them with the SEC but would mean limited participation only for accredited investors. These are investors with a net worth exceeding $1 million or those with an annual income minimum of $200,000.

According to the company’s reports, more than 40,000 individuals made applications to invest in the crowdsale which means that the company would take weeks on the verification process. This report was met with displeasure sending the Kodak share price plummeting to around $7.

“Given the large interest in the KodakCoin ICO and the steps that we need to take to verify the ‘accredited investor’ status of each interested investor, we expect this process to take several weeks”, a company statement explains.

Notably, the delay coincides with a New York Times report that expressed concern over the vetting process of the company for the new project’s partners who allegedly include a “paparazzi photo agency, a penny-stock promoter and a company which offers what has been called a magic money making machine.”

The lead advisor for the project, Cameron Chell, has a history as a ‘pink stock’ promoter in Canada. It turns out that in 1998, the Canadian Stock Exchange in Alberta banned him from trading and fined him $25,000 for violating platform rule.

KodakCoin is a digital currency designed to make use of the blockchain technology to assist photographers to manage their image rights using the permanent and immutable records of the distributed ledger.

The Kodak Company has not been doing so well and only a few years back filed for bankruptcy protection. But it seems intent on using the crypto wave to rebrand its image and enjoy the limelight once again. It is not the only company to try and capitalize on the blockchain craze to reverse fortunes.

After the Long Island Iced Tea Corp. rebranded to Long Blockchain Corp, it saw a share price increment of 289% virtually overnight. Such moves are attracting regulatory scrutiny as the SEC Chairman, Jay Clayton recently said the commission was

“looking closely at the disclosures of public companies that shift their business models to capitalize on the perceived promise of distributed ledger technology.”