Katy Perry Shows Off Her Cypto Claws on Instagram 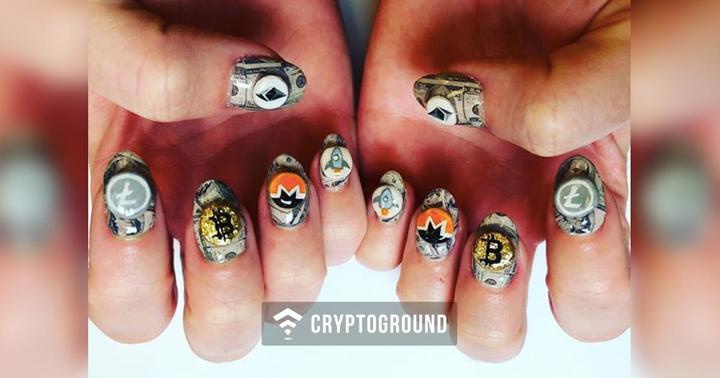 After posting her crypto claws on Instagram, it’s now clear that Katy Perry, a famous American singer and songwriter, is one of the new celebrities to join the crypto bandwagon.

On January 25, 2018, she expressed her intent to join the crypto craze by posting on Instagram an image of her new crypto-themed manicure.

In her post captioned $—CrYpTo ClAwS—$, she shows off her eye-catching fingernails.

As expected by many, bitcoin’s image is at the center. Ethereum is at her thumb while the other digital currencies in the other parts include Litecoin, Stellar and Monero. However, she did not disclose the reason why those are the five digital currencies she selected. The background of her nails is an image of the US dollar bill.

Other celebrities who joined the crypto craze

Perry is not the first celebrity to join the crypto craze. In fact, several celebrities expressed their interest in cryptocurrencies long before Perry started to notice the existence of cryptocurrencies.

One of the first celebrities to endorse cryptocurrencies is Floyd Mayweather. Back then, he supported the Stox ICO. Aside from this, he also posted on Twitter an image of him holding a Titanian Centra debit card. It’s a card for numerous cryptocurrencies. He was in a shoe store when he took the photo.

Unfortunately, other celebrities like Paris Hilton weren’t able to choose a good cryptocurrency to promote. Hilton hyped LydianCoin’s ICO. It is a marketing platform. However, she ended up deleting all the endorsements she made after people found out that the person handling the platform had been convicted of domestic assault.