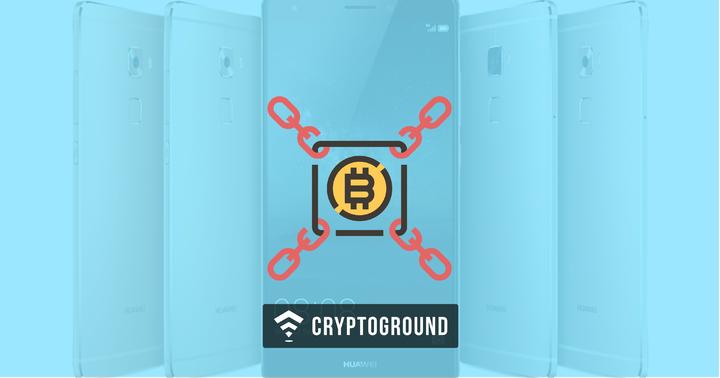 Among the biggest names when it comes to the world of smartphone technology, Huawei is now eyeing the blockchain technology! China’s largest phone-maker and a global giant, Huawei has been making rapid strides into global smartphone markets. They have experienced an overwhelming success, especially with their flagship devices. Huawei is now working with an Israeli startup Sirin Labs, negotiating a deal to license their blockchain based Operating System.

The SIRIN OS, which is developed by Sirin Labs is the blockchain based OS that Huawei intends to license. Sources close to the project have informed Bloomberg that these apps on the SIRIN OS will run alongside the Android OS. As of this writing, talks between the two parties are still at an early stage and no agreement has been met. However, Moshe Hogeg, founder and CEO of SIRIN LABS, confirmed the fact that the company has been meeting with Huawei ‎on Twitter. This is an indicator of the fact that the talks might be positive and a deal is on the verge of happening.

If this deal between the two does take place, this would help make the blockchain technology mainstream. While in 2017, cryptocurrencies became mainstream - with blockchain based apps supported by smartphones, they too, would get a major boost in popularity over the years to follow. Sources associated with this project claim that the two teams have met several times over the past two months. A message on Sirin’s Telegram group chat reads: “Amazing meeting just concluded between Sirin Labs and Huawei. Among other things discussed was the possibility of cooperating together to bring blockchain technology to the masses in a secure way.”

Sirin Labs is also working on developing their own blockchain based smartphone, which is expected to be launched later this year. This phone would be priced in at $1,000. According to Sirin Labs spokesman Nimrod May, over 25,000 pre-orders have already been placed for the phone! This phone from Sirin Labs would come with a cold storage wallet inside the device.

Huawei has been ramping up their efforts to become an even bigger force in the global markets. Currently, they are the third largest smartphone brand on the planet. However, with innovative technologies such as a blockchain based smartphone - they might just rise even higher in the days to follow!