Huawei Introduces the BTC.com Wallet on their AppGallery App Store 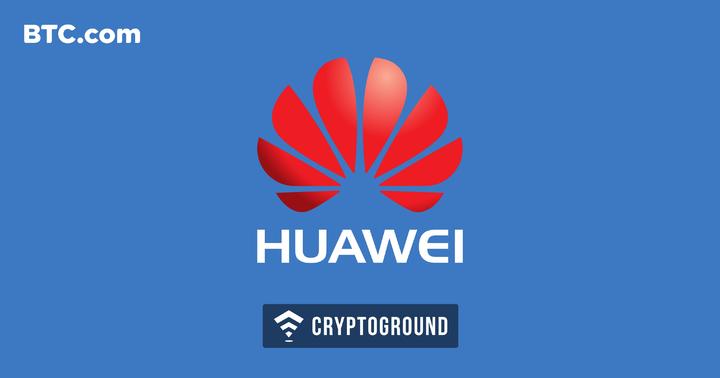 Huawei is among the biggest names in the world when it comes to the world of technology. The third largest smartphone manufacturer in the planet, this China-based firm has seen a global success of late. The company has now teamed up with BTC.com - and have introduced their wallet on the Huawei AppGallery app store. Moreover, this wallet would now come pre-installed in new Huawei smartphones.

BTC.com, for those who may be unaware, is run by Chinese cryptocurrency mining hardware giant Bitmain. The website tracks information on mining and block data - as well as offers a cryptocurrency wallet. Huawei users would now be able to access this via smartphones! It is worth noting that this BTC.com wallet will not be available for users living in mainland China, as reported by Bloomberg.

This partnership between the two companies is likely to help in the increase in global cryptocurrency adoption. Considering the scale at which Huawei produces smartphones at - putting a wallet in each smartphone is indeed a progressive move for the crypto-economy at large.

Huawei is among the biggest names in China - and has been working on various sectors in technology. The company has been looking at the blockchain tech for quite some time now. Earlier this year, rumours started making rounds that Huawei might soon enter into a partnership with Israeli startup Sirin Labs to produce a blockchain-smartphone. However, it appears that the deal fell through as Foxconn has now been confirmed for manufacturing these ‘Sirin Finney’ smartphones.

The company has also been working on their own blockchain efforts. In March, Huawei was working on developing an open-source software which would make it easier to compare various blockchain platforms and compare their performance. Last month, the company revealed a ‘Blockchain-as-a-Service’ platform which focuses on smart contracts.

Huawei has been a very progressive firm when it comes to adapting to these changes in technology. The company’s flagship smartphones offer state-of-the-art features and have been quite impressive. Huawei shot into global popularity after the Google Nexus 6P came out. However, there have been allegations on the firm that their hardware might facilitate spying on the users and sending data to China!