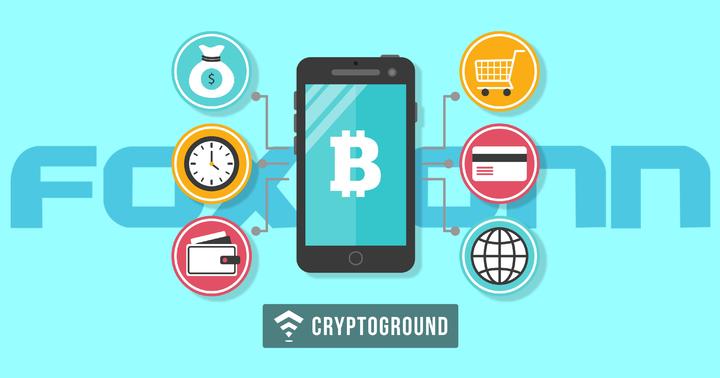 The blockchain technology has found several use-cases over the past few years. From charity to tracking fuel mileage - and from supply-chain management to curbing out counterfeit drugs, this technology is being tried out by several sectors. The smartphone industry is also looking forward to tapping the blockchain tech to bring in innovations. Foxconn is working with Sirin Labs to create a blockchain-based smartphone.

Reports regarding this smartphone have been floating around for over a month now, but more details about this device have emerged today. Sirin Labs has revealed the specifications of this device. The phone, known as ‘Sirin Finney’ would also act as a cold-storage crypto wallet and is expected to be very secure to use.

Technical Specifications of the Sirin Finney

The device is set to be manufactured by Foxconn - the leading name when it comes to smartphone manufacturing. While the manufacturing would be handled by Foxconn, the wallet would be developed by Sirin Labs, who are also working on the development of the Operating System - which would be based upon Android 8.1 Oreo OS. Sirin has now revealed the specifications of this smartphone too.

The Sirin Finney smartphone would run on the Qualcomm Snapdragon 845 processor. The phone comes out with 128 GB of storage space and 6 GB of RAM. The phone is expected to feature a 12 MP primary camera on the back and an 8 MP camera on the front. In addition to that, Sirin also mentions an ‘ultra-secure’ fingerprint sensor on the device.

While the specifications of the phone are impressive and can easily be compared to other modern-day flagship smartphones, the users who buy this phone require it for a specific purpose - securing their cryptos in the cold storage wallet that the phone comes with. This would be a first-of-its-kind innovation in the smartphone sector. The cold storage wallet that the Sirin Finney will come out with, is expected to feature the support for multiple currencies. In a recent statement, the developers explained their vision of the wallet, saying:

“Our team has been working vigorously to make sure that the first blockchain smartphone is cutting edge in all technical aspects. Our collaboration with FIH ensures that we will be offering state-of-the-art design with device architecture that will enable true security and user-friendly blockchain experience.”

Earlier this year, Chinese smartphone giant Huawei was in talks with Sirin over this phone. However, it appears that the deal has instead gone to Foxconn. Sirin has revealed that there are already over 25,000 pre-orders for this blockchain-based smartphone. This phone will begin to ship by October 2018 and will first be made available in Turkey and Vietnam. This is indeed a revolutionary concept - and if it works out well, it could change the way we know cryptocurrency hardware wallets as well as smartphones to be! There is a lot of potential that is yet to be tapped with blockchain tech on smartphones - and this is just the first step towards that direction.