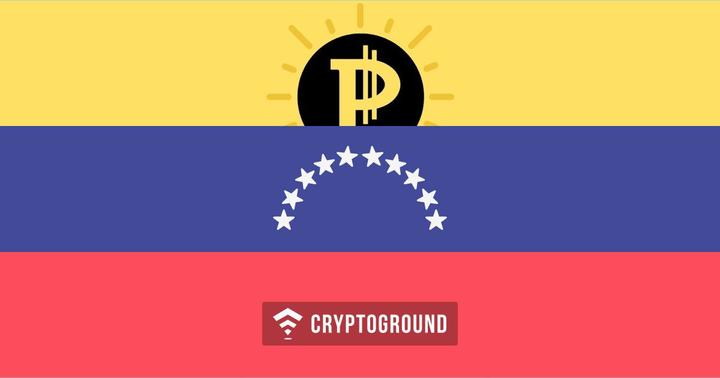 Over the past few months, there have been a number of nations which have expressed an interest in launching an official cryptocurrency. However, the country which has perhaps shown the most enthusiasm is Venezuela. Venezuela’s state-created petrol-backed cryptocurrency, Petro, is all set to go on pre-sale starting tomorrow, the 20th of February.

Nicolás Maduro, the President of Venezuela had announced his plans to launch this currency about two months ago. As per the President, this cryptocurrency would help the country recover from the debt that they are in. Moreover, there are a number of US-imposed sanctions on Venezuela as US-based financial institutions are forbidden to invest in the nation. Venezuela, which is also battling a major hyperinflation can benefit from Petro, as per Maduro.

Inflation in Venezuela has caught global attention time and again. The country is going through a hyperinflation of over 2000% where the prices of food, medicines and other necessities have shot up. Interestingly, despite the US-imposed sanctions, Reuters is reporting that there will indeed be some US investors which will be a part of the Petro pre-sale. The Venezuelan President has blamed US President Donald J. Trump for declaring an ‘economic war’ on the nation from which the Petro would help them recover. However, his economic rivals claim that Petro would open doors to even more corruption in the nation.

Carlos Vargas, the cryptocurrency superintendent of Venezuela commented on the participating nations, saying: “On Tuesday, there will be quite a few announcements about the start of the process. And there will surely be a lot of investors from Qatar, Turkey, and other parts of the Middle East, though Europeans and Americans will also participate.”

Tomorrow, the 20th of February, 100 Million Petros would be put up for pre-sale. However, market experts believe that not many investors would be too keen on buying the Petro cryptocurrencies considering the fact that the nation that is issuing these currencies is itself in a financial mess. The value of the currency may fall at any time owing to the condition of Venezuela. Moreover, critics have termed the Petro to be a ‘shitcoin’ which is basically a term given to a cryptocurrency which can lose its value in the near future.

The Petro would be “emitted by a central bank that has generated hyperinflation with the bolívar,” Jean Paul Leidenz, a Caracas economist, told Colombian TV. “Who would give a vote of confidence to a bank that hasn’t even been unable to maintain public confidence in the traditional currency?”

Another major controversy that surrounds the Petro is the fact that it is an oil-backed cryptocurrency, but the oil bloc from which the currency is supposedly backed by is yet to be pumped for oil. Moreover, it is to be extracted by a public-private partnership where the government of Venezuela owns only a 60% stake.

However, amid all these economic sanctions, inflation troubles and other controversies that surround the Petro, the Venezuelan President remains optimistic. “The future is now,” Maduro said in a recent speech promoting the digital currency. “Venezuela is moving forward as an economic powerhouse.”