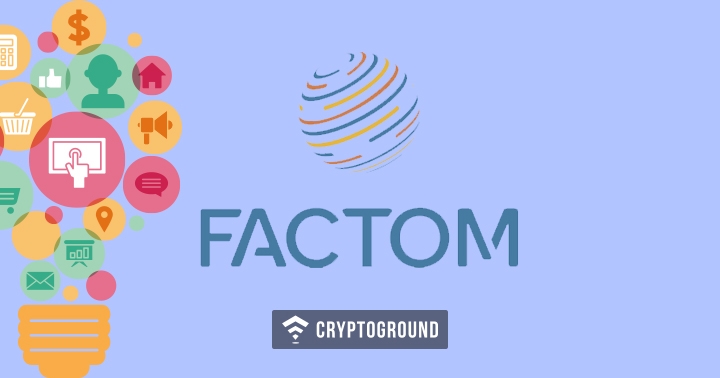 Interestingly, in a time where cryptocurrency markets are going through an intense bloodbath phase and when top names such as Bitcoin are down by over 16% in a week, Factom has shown an intense growth - with its price surging by over 100%. Let us take a closer look at Factom’s performance during the recent market crash:

Factom started the week at a price of $4.33 and hit the week’s lowest point on the 15th of November, when the price dropped to $3.78 - however, at this point in time, a strong bull-run started off and Factom kept on surging over the next three days till it hit the price of $9.05 - the currency has since slowed down a little, but continues to trade at $7.41 as of this writing, which is a significant growth in the seven-day period.

Taking a look at the broader picture helps understand this growth of the currency in an even better manner. While Factom was pretty much in the $4 range for most of the past 30 days, a look at Factom’s price data of the past 90 days shows something even more interesting: the fact that this high-point of $9.05 is the highest Factom has reached in the three-month period. In fact, this is the highest price point for Factom since late-July.

Possible Reason Behind this Factom Bull-Run

Factom, which calls itself a ‘Blockchain Innovation Company’, is currently ranked 75th when it comes to cryptocurrencies by market capitalization. The currency’s market cap as of this writing is $64 Million. While we have analyzed the numbers about Factom’s sudden growth, let us now take a closer look at understanding the possible reasons behind why this bull-run started.

"At Factom we know a practical blockchain solution is needed to specifically deal with complex business data and documents. We look forward to working with Equator, who shares the vision of using blockchain technology to bring transparency and efficiency to the default servicing process."

Blockshow Returns To Celebrate Blockchain In Asia With Asia Blockchain...