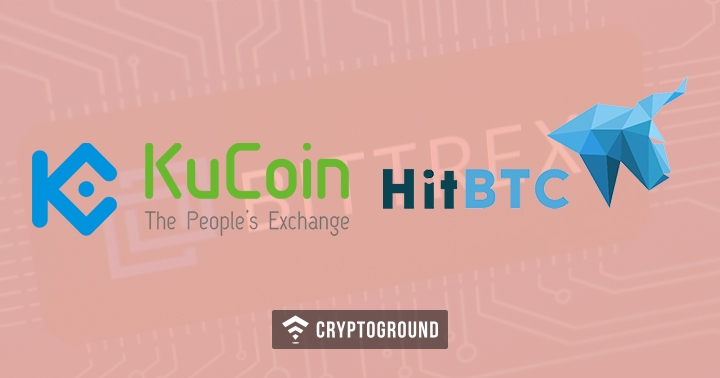 Best known exchanges of digital currency industry are up for additional support for different coins. Recently, Bittrex, HitBTC and KuCoin announced  on Twitter the inclusion of new trading pairs.

Bittrex declared that digital assets can be traded directly via USD. Tron (TRX) and Litecoin (LTC) users will be relieved because now there is no need to involve Bitcoin to trade TRX and LTC. This altcoin exchange will turn into fiat gateway platform.

Today’s tweet confirmed that the platform will allow USD trading for the users who signed up before September 4. New users can request for the additional functionality through Bittrex support. Here's the actual tweet from the exchange:

HitBTC , the another big name in crypto exchange market, introduced new trading pairs. Platform’s tweet states that currency on the smart contract platform and the blockchain will support the trading of LTC, XRP, XMR, DASH and BCN.

We are officially upgrading @eos_io’s EOS to a quote currency at HitBTC! EOS will be available to trade against $XRP, $LTC, $XMR, $DASH, $BCN, and many other currencies, starting from 12 September, 15:00 UTC. pic.twitter.com/h2rqidITII

On the other hand, Kucoin offered to support Decred (DCR) by launching their two trading pairs as Decred-Bitcoin, and Decred-Ether. As per the tweet, trading is already functional but withdrawals will starts from September 14. Kucoin tweeted:

Several cryptocurrency users have long been waiting and demanding the additional trading pairs. These users believe that bitcoin is highly  dominant because most of the exchanges initially welcome only Bitcoin. But, as per the demand Bittrex, KuCoin and HitBTC launched additional trading  pairs.