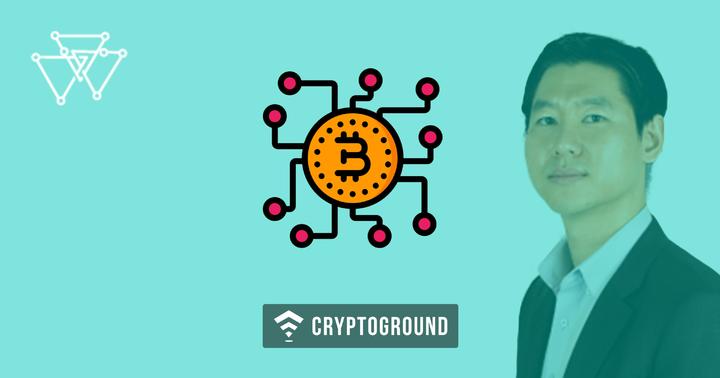 Edenchain is a programmable economy platform that enables the capitalization and trade of all types of assets using blockchain Smart Contracts to create tokens of these assets. CEO and Founder James Ahn wanted to create a platform that fixes the current problems with Smart Contracts, such as slow transactions speeds, low scalability and weak security. At the same time, Ahn didn’t want to reinvent the wheel entirely, so he decided to incorporate current technologies.

"There are so many good blockchain projects out there, but I think they are focused on fancy algorithms and new architecture. My view of EdenChain is straightforward: Let’s build a blockchain which will deal with service," said Ahn.

EdenChain is currently in the middle of its ICO pre-sale and plans to launch the Mainnet by next year.

EdenChain consists of a team of 11 people who are working on this program since last year. The idea behind the project began when CEO James Ahn noticed significant problems with cryptocurrencies such as Bitcoin and Ethereum that he felt prevented them from being used by enterprises.

"Transaction speeds are very slow and there is low scalability, so we tried to come up with some idea on how to get faster transactions and, also, how to regain the security of blockchain transactions," said Kangho Kim, Chief Strategy Officer.

The solution was to create the concept of Namespace, where different transactions could take place in parallel. An infinite number of transactions can run per second through an endless number of Namespaces with this system. The use of Namespace and Merkle Tree also allow for higher scalability and environment where 100 percent of the transactions are processed.

EdenChain uses Ethereum’s EVM (Ethereum Virtual Machine) as its language/system for Smart Contracts. In this system, anyone (i.e., a business or person) can create their own coin/blockchain system using these Smart Contracts.

This, however, is an approved blockchain with three layers, which means you must be authorized by a network administrator through an authentication process in order to get on the network. This is unlike other cryptocurrencies, such as Bitcoin, where anyone can join the system.

The final piece of the puzzle is ensuring security in transactions, which is done through interworking on external systems. There is protection against hackers as a cloud system ensures that the services are protected against natural disasters.

"We have talked to a number of enterprises and developers and most of the people we have talked to are very interested in Blockchain platform. They are looking for a strong, fast, secure platform that they can use in order to proceed their ICOs and their blockchain technology," said Kim.

This technology can be used for companies or enterprises such as ICOs, IoT, Shared Economy, the Gaming industry or finance.

As mentioned, EdenChain is currently in the middle of pre-sale A. The company is targeting potential investors and influencers who could be interested in helping build the Eden community as strategic partners.

"Traditional companies fund themselves through entity and bond right, but [...] if it doesn't have the capital, the company cannot fund themselves through [that]. Since the blockchain project is a new kind of project, we are now actually trying to raise our capital by ICO because that’s the only way we can raise the money," explained Ahn.

The purchase of a token gives investors EdenCoin, which acts as a utility token that will give a company or enterprise access to the system and services.

Pre-sale B takes place in May and the crowd sale will happen shortly after that point.

After the token sales are completed, the alpha version of EdenChain is going to be launched, as well as what’s called HelloEden. HelloEden is a eco-system that offers additional services such as PR help and legal services for people using EdenChain.

The beta version of EdenChain takes place in the third quarter of 2018, with the Mainnet finally being released in the first quarter of 2019. Over the next year, the company plans on not only developing its program but also reaching out to people across the global blockchain community.

"We started our project to target Korean market, but we’re now aiming to go global. That’s why we hired the people with global experience and also invited a lot of talented advisors to make our platform more practical and find ways to make our investors comfortable," said Kim.

The company hopes that this program will become the go-to for enterprises wanting a simple, but reliable Smart Contract service. The power of EdenChain’s product is in its simplicity.

Company: EdenChain
CEO: James Ahn
Website: edenchain.io
Who this is perfect for: All enterprises, including those with both tangible and intangible value-assets
Presale: Now until a to-be-determined date in May
Public Sale: To be announced in May