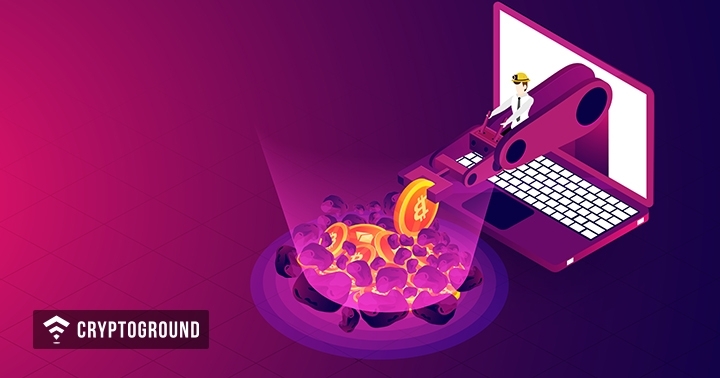 2018 was one of the worst years for cryptocurrencies in recent memory. The overall market cap, which was once expected to surpass $1 Trillion - ended up falling to almost $100 Billion. Every cryptocurrency witnessed a drop in prices and the markets continue to struggle for almost a year now. Over the course of 2018, cryptocurrency mining was one of the worst-hit sectors. While this was evident from mining firms laying off people or shutting down altogether, a recent report from TSMC backs this up.

Taiwan Semiconductor Manufacturing Company (TSMC), in their quarterly report, pointed out that they had suffered major losses in their Q4 2018 earnings because of the poor performance of the cryptocurrency mining markets. CEO and Vice Chairman of TSMC, C.C. Wei commented:

TSMC is among the most popular chip-makers in the world. The company rivals the likes of Qualcomm and Intel in other industries but is also a major force in the crypto industry. The company is primarily involved in the High-Performance Computing (HPC) business, but many of their chips are also used by crypto-mining firms for creating cryptocurrency mining devices. TSMC’s HPC business grew slightly, Wei pointed out.

Interestingly, the company did not report exactly how much loss they had suffered. The exact figures pertaining to the loss were not made public, as the company stated that most of it belong to “one of the big customers”. While the company did not specifically name which company they were talking about, but it is safe to assume that China-based cryptocurrency mining equipment manufacturing giant Bitmain is the company being talked about here.

In the IPO application that Bitmain had filed with the Hong Kong Stock Exchange in 2018, the company had made it clear that close to 60% of their chips through 2017 and the first half of 2018 came from TSMC. Bitmain too has been affected by the slowdown in the cryptocurrency industry. The company had to shut down their offices in Amsterdam and Israel. Reports from China point out that Bitmain is considering laying off 50% of their total workforce. Additionally, it is also being reported that the company has paused all mining operations in their Texas mining facility.

TSMC has also pointed out that since there has been a slowdown in the markets, the demand has fallen - and hence the inventory is building up. The company made a profit of $9.40 Billion in Q4 2018 - which is up by 10% compared to the previous quarter and up by 2% compared to the same quarter last year. However, the company expects their Q1 2019 profits to be slightly lower, at approximately $7.3-7.4 Billion USD. Senior Vice President and the Chief Financial Officer of TSMC, Lora Ho pointed out that

“Our fourth quarter business benefited from the strong demand for our 7 nanometer technology covering both mobile and high performance computing applications.”

In addition to the loss in revenue in the mining business of TSMC and the Bitmain layoffs, many other crypto-related businesses have been shutting down. Japan-based GMO Internet and DMM Group have both backed out of the markets. Earlier in 2018, GPU-maker Nvidia had also announced their exit from the cryptocurrency-mining GPU markets.

Stay tuned with us at Cryptoground for all the latest news updates and stories from the world of cryptocurrency and the blockchain technology.