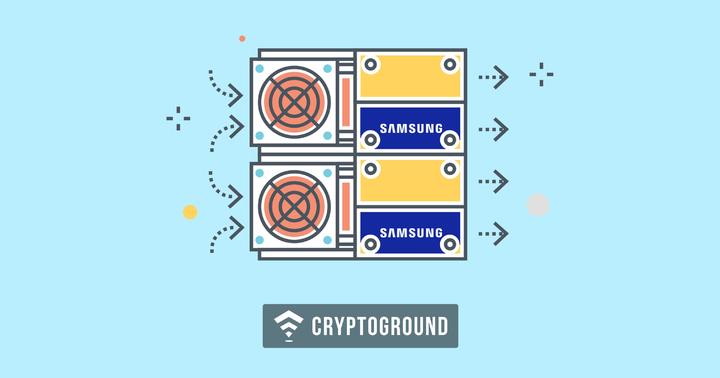 Samsung is an absolute giant when it comes to the world of technology. From microprocessors to microwave ovens and from smartphones to smart televisions - Samsung has a strong presence in the world of technology. The company now has their focus set on the cryptocurrency and blockchain markets as well. Earlier this year, it was reported that Samsung was gearing up to build ASIC chips. A Samsung spokesperson has now confirmed that they are manufacturing these chips for Halong Mining.

ASIC (Application Specific Integrated Circuit) chips are used for mining cryptocurrencies which require extremely high processing power such as Bitcoin. So far, the ASIC cryptocurrency mining industry was dominated by Bitmain, which almost enjoyed an unchallenged run. Bitmain teamed up with Taiwan based chipmaker TSMC for producing these chips. However, Bitmain now has competition as Halong teamed up with Samsung for ASIC chips. This news was recently confirmed by Bitcoin Magazine.

Samsung’s microprocessor division and TSMC have always been at odds - be it in the smartphone industry, over teaming up with Qualcomm - the rivalry now continues in the blockchain industry. Halong and Bitmain are both based in China. Rather surprisingly, Halong Mining did not make any announcements about their association with Samsung so far. Their first product is now out in the markets - the Dragonmint T1 miner.

The Dragonmint T1 miner, made by Halong, is one of the most powerful Bitcoin mining ASIC devices in the markets at the moment. Reportedly, the Dragonmint T1 is 30% more efficient than the Antminer S9 developed by Bitmain and can easily outperform it. Halong Mining has been criticized by many in the past over their poor customer support and over the fact that they sometimes force the buyers to buy multiple products as a minimum order.

Samsung had revealed in January 2018 that they were working on producing ASIC chips but the company that they were going to make them for was not named. However, today, it has finally been revealed that Samsung is working with Halong Mining. Interestingly, this won’t be Samsung’s first venture in the world of cryptocurrency mining because the company has, in the past, worked with Ebang, a company based in Hangzhou to create DW1228 chips for Ebit E9++ and E10.

Cryptocurrency mining industry has been getting bigger and stronger with every passing day. Over the past few months, companies have even come up with mining equipment which can break through some ASIC-resistant algorithms such as those of Ethereum and Monero. Bitmain has been at the forefront of these developments and their recent Ethereum mining machine has been getting mixed reactions from the cryptocurrency community. Bitmain is reportedly expanding and setting up a company in the US. It would be interesting to see how the arrival of Samsung changes Bitmain’s stronghold on the cryptocurrency mining industry.