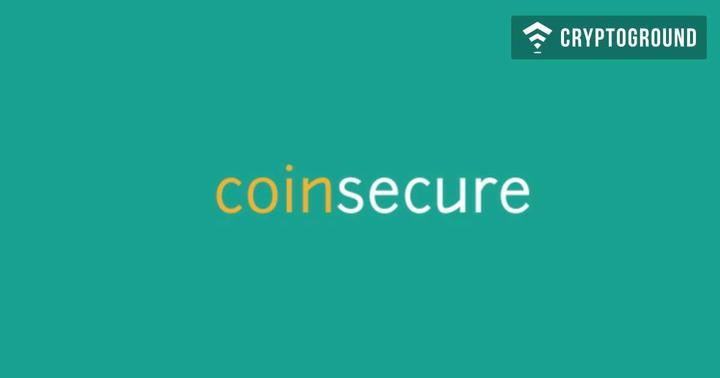 Cryptocurrency exchanges getting hacked and losing funds is something that happens from time to time. However, in a rare incident, an Indian cryptocurrency exchange is alleging that their CSO has siphoned off 438.318 Bitcoins, worth approximately 19 Crore Indian Rupees ($33,70,000 in USD) from the platform.

Users who had bought Bitcoins from the platform were complaining that they were not able to access their funds for the past few days. However, the exchange put up an official notification on their website and sent out emails to their users explaining the situation. Coinsecure claims that their system was never hacked or compromised. They have filed a FIR (First Information Report) with the Cyber Cell of Delhi and the investigation has already begun.

The company has also shared a copy of the FIR on their website. As per Coinsecure, the funds were lost while their CSO Amitabh Saxena was extracting Bitcoin Gold to distribute among their customers. The CSO claims that the funds were lost during the process of the extraction of BTG. However, considering that only the CSO and the CEO have access to the private keys of the company’s official wallet, Coinsecure believes that Saxena has made up this story of the loss of funds and has actually siphoned off the money to another wallet.

In their FIR, Coinsecure claims that Mr. Amitabh Saxena may have made this story up to divert their attention from whatever role he had to play in this loss of funds. Coinsecure has stated that the explanation that they got from Amitabh Saxena did not seem convincing enough to them and that they suspect he has masterminded the theft.

Coinsecure has also pointed out that Amitabh Saxena holds an Indian passport and is likely to abscond. A number of Indian businessmen who have cases filed against them have absconded lately - and Coinsecure fears that Mr. Saxena too, may abscond. Coinsecure has requested that the passport of Mr. Saxena be seized so that he cannot escape the country.

The company has stated that they were working on plans to introduce multi-currency support on the platform and have also launched applications for Android and iOS operating systems recently. However, this changes everything and while nothing has been officially stated, Coinsecure may meet the fate of other compromised cryptocurrency exchanges and shut down. However, despite what happens to the company and whether or not the funds are recovered, Coinsecure has promised that they will indemnify all their customers for the loss that they have incurred.

2018 started off with Coincheck and BitGrail hacks - and this seems to be third major loss of funds (the company claims there was no ‘hack’). This news comes at a time when the Indian government has shown a hostile attitude towards cryptocurrencies, with the Reserve Bank of India instructing banks to not deal with those people or businesses involved in crypto-trade. Stay tuned with us for more updates on Coinsecure’s lost funds.