Ripple Commits US$25 Million to a New Charity Initiative 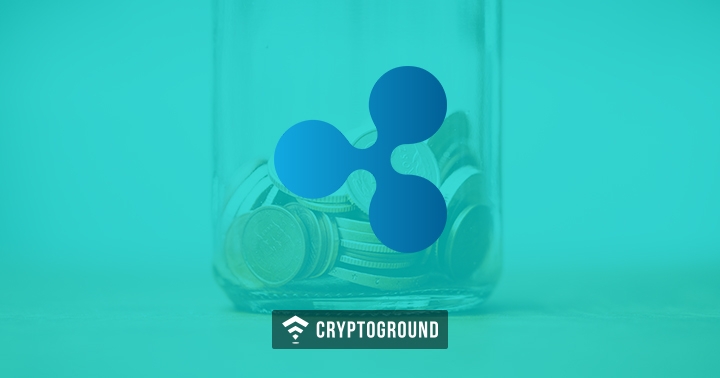 Ripple, the Google-backed cross-border blockchain payments company, has launched a formal social impact program 'Ripple for Good', focussing on projects related to education and financial inclusion. The company is committing an additional US$25 million for this initiative. It has already made donations worth more than US$80 million over the period, making the total donations exceeding US$100 million.

The 'Ripple for Good' initiative will collaborate with RippleWorks, a nonprofit organization co-founded by Chris Larsen and Doug Galen that supports social ventures across multiple sectors, including financial inclusion and education.

In June of this year, Ripple announced the University Blockchain Research Initiative (UBRI) and committed over $50 million in funding to 17 universities around the world to support and accelerate academic research, technical development & innovation in the blockchain, cryptocurrency and digital payments. This program was intended to encourage broader understanding, adoption and innovation in business and finance, computer science, law and policy and other relevant fields. Ripple for Good, on the other hand, will particularly focus on applications and real-world use cases with the potential for scalable social impact.  Ken Weber, Head of Social Impact for Ripple said:

“When we reflected on the unique role Ripple could play from a social impact standpoint, we kept landing on the idea that the benefits of these new technologies should reach as many people as possible. If we are truly committed to transformative global change, we will work to help ensure that innovations in banking and global payments are available everywhere to everyone, among unbanked and underbanked populations and in economies and economic sectors that serve the greater good. Our goal is to deliver on the promise of an Internet of Value for all.”

“Ripple was built upon the belief that its technology could improve lives, and they had the foresight to support RippleWorks four years ago as proof that those weren’t just words. Since then, RippleWorks has worked on 70 projects in 55 countries to improve the lives of over three million patients, six million students and 250 million people. Today’s announcement to create an even deeper alignment with RippleWorks is another validation of Ripple’s long-standing commitment to leverage its technology, financial resources and team to improve lives. RippleWorks is thrilled to have even more of Ripple's help to solve the massive challenges facing people throughout the world.”

Crypto-philanthropy has been on the rise. Over the last few months, we have seen a number of individuals and companies donating for the various causes. In July, one of the world's largest cryptocurrency exchanges Binance donated US$ 1 million to help out the victims in West Japan that were affected by the heavy rains on July 7, 2018. In June, Brian Armstrong, the co-founder and CEO of US-based popular cryptocurrency exchange Coinbase launched a charity platform GiveCrypto.org, aiming to raise US$1 billion in the next two years. In May of this year, the Pineapple Fund by one anonymous investor achieved its target of donating over $55 million in Bitcoins. The actor Ashton Kutcher also donated US$4 million Ripple (XRP) to Ellen Degeneres’ Wildlife Fund in the same month.